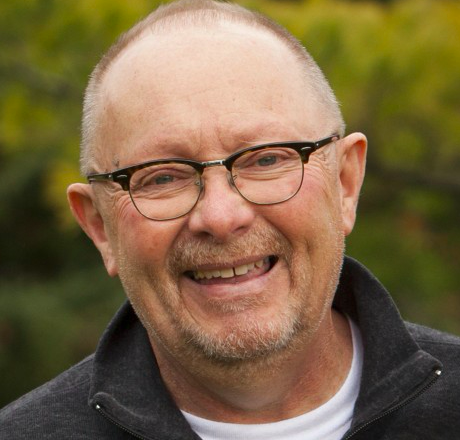 Mark Laurin Hicks, 64, of Sturgeon Bay died peacefully at home with his wife and daughters at his side.

He was born in Oshkosh, the son of Robert and Shirley (Dobberke) Hicks. Mark was a 1973 graduate of Gibraltar High School. Upon graduation, he went to work as a painter and carpenter for Bay Shipbuilding Co. in Sturgeon Bay.

Shortly after, he met the love of his life, Nancy. Mark and Nancy were married at St. Joseph Catholic Church in Sturgeon Bay on May 3, 1975. They were blessed with more than 44 years of marriage. Mark then began working for Therma-Tron-X in Sturgeon Bay in October 1979 as a drafter. Mark remained with TTX for nearly 40 years and most recently for almost 20 years as field installation manager until his health prevented him from working.

Mark was raised Lutheran but as his daughters were growing up, he decided to convert to Catholicism. He was initially a member of St. Joseph Parish in Sturgeon Bay. Mark also served on the school board for St. Joseph School. He was more recently a member of Saints Peter and Paul Parish in Institute. Mark was also a past member of the Knights of Columbus Msgr. Broens Council #2478.

Although hard work and dedication at TTX was always important, the absolute joy of Mark’s life was his family, especially his love, Nancy. They were best friends and each other’s best complement. He was a selfless, tender, patient father who loved his daughters with all his heart. He coached softball, went on field trips and made his children laugh uncontrollably. Humor was one of his greatest gifts, and he used it to make others feel comfortable, welcomed and loved. The greatest gift he gave to his daughters was the way he loved their mother. His grandchildren adored their “Papa.” Mark was a hands-on Papa, and his love for them will live on through eternity. Mark’s family meant the world to him.

Mark had a passion for cars – collecting, racing and rehabbing them. Fords were his favorite, and anyone he’d met was sure to hear about his many vehicles over the years. He also enjoyed going to car shows. He always looked forward to going to the Iola Car Show, which he referred to as “summer camp.”

Mark was an avid bowler. He bowled in many leagues over the years, most recently in the Apple Valley Majors Tuesday night league. Mark also loved the New York Jets. He also enjoyed hunting and fishing and spending time with his family at the cabin in St. Germain. And last but certainly not least were the “sons” he never had: Dad’s dogs – Riley and more recently Carl – were always by his side in the good times and the bad.

Mark was preceded in death by his father; stepfather, Merle Marsh; parents-in-law, Leon and Martha (Michaels) Anderson; brother-in-law, Al Upchurch; and other relatives.

Relatives and friends are invited to join Mark’s family for a celebration of his life on Saturday, Sept. 21, 11-4 pm, at the Sturgeon Bay Yacht Club. Those attending are encouraged to wear green in honor of Mark, as that was his favorite color and paid homage to his Irish roots. To honor Mark and in lieu of flowers, the family suggests memorials be made to the Salvation Army or DOOR CANcer.

Our family would like to extend a heartfelt thanks to the staff of Unity Hospice for their care given to Mark these past few months. We’d also like to thank all our remarkable friends – near and far – who cared for our entire family with food, errands and friendship. In the midst of this terrible disease, we were consistently surrounded by love.

Huehns Funeral Home and Door County Crematory in Sturgeon Bay are assisting the Hicks family. Expressions of sympathy, memories and photos of Mark can be shared through his tribute page at huehnsfuneralhome.com.