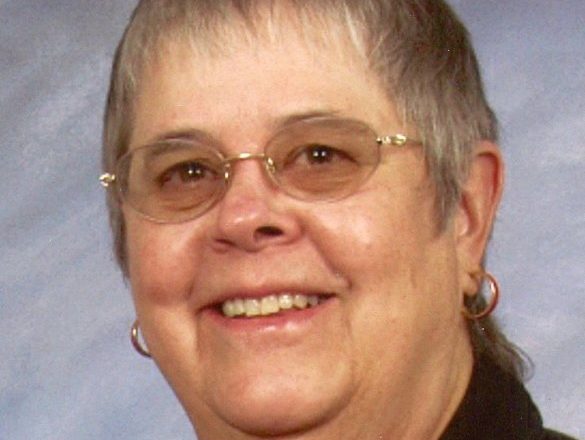 Mary Louise Wendt, 81, of Sturgeon Bay died at St. Vincent’s Hospital in Green Bay. She was born in Sturgeon Bay to Robert and Allouise (Overbeck) Roberts.

After high school, Mary attended St Luke’s Nursing School in Racine, Wisconsin. She passed her state boards and became a registered nurse. She worked as an RN at the Winnebago Mental Health Institute in Oshkosh before returning to Sturgeon Bay and taking a position with the Door County Memorial Hospital. She moved with the hospital when it relocated to its current location on 18th Avenue. Mary also worked for the Dorchester while raising her family and finished her nursing career at the Extended Care Unit of the Door County Memorial Hospital.

Mary was a member of the AMVETS Auxiliary and enjoyed traveling with Ken and working to support veterans around the state. Her passion was traveling. Together, Ken and Mary traveled to Europe twice and throughout the United States, driving to Alaska, Maine and all points in between.

Mary was a longtime and active member of St. Peter’s Lutheran Church, which she served in numerous capacities. She was active with the church’s Grief Share program and helped people who were mourning the loss of a loved one.

Mary will be remembered as the family historian and as a caring and compassionate person who supported and encouraged those going through cancer treatments. A four-time cancer survivor herself, she often called or sent encouraging notes to those affected by cancer. She was active in the Lemonade Club to support fellow cancer patients.

She was preceded in death by her husband on Feb. 19, 2019; her parents; and older brother, Phillip.

A memorial service will be held Tuesday, March 24, at 11 am, at St. Peter’s Lutheran Church in Sturgeon Bay, with Rev. Carl Schroeder officiating. Inurnment will be at Bayside Cemetery. Visitation will be Monday, March 23, 3-6 pm, at Forbes Funeral Home in Sturgeon Bay; and March 24, 10-11 am, at the church. Memorials may be given to St. Peter’s Lutheran Church or DOOR CANcer.