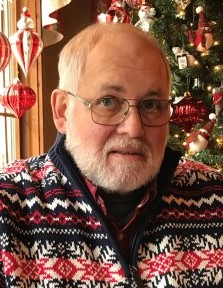 Mike was born August 21, 1952 in Chicago, IL, to Sheldon “Chuck” and Marie (Lallinger) Green. He attended Ravenswood School and Lakeview High School in Chicago, where he was a member of the ROTC. Following his graduation 1970, Mike enlisted in the United States Air Force, entering into active duty on September 7, 1971. He was stationed at the USAF Radar Station in Antigo, WI and joined the Antigo Elks Lodge #662. He served in the Air Force for four years until his honorable discharge on January 15, 1975, earning the rank of Sergeant in air traffic control and radar repair.

Mike returned home to Illinois and initially served the community of Glencoe as an officer in the Public Safety Department. He joined the Northbrook Police Department in 1977, and served the village for over 30 years, rising through the ranks to Deputy Chief of Police. During his police career, Mike taught classes through the Northwestern University Traffic Institute and trained others in elder abuse and crime prevention, often playing MacGruff for school classes. In 1996 he was selected to attend the FBI National Academy based in Quantico, VA, becoming a proud graduate of FBINA186. Mike retired from the Northbrook Police Department in 2008.

Mike had met Holly Marie Nordhaus at Glencoe Public Safety while both were working there, and they married on April 7, 1979 at the Village Church of Northbrook.

He and Holly retired to Door County, WI in 2014. Mike had started working at Scrimshanders of Door County in Ephraim in 2010 and continued there until 2019.

Mike joyfully attended the First Baptist Church of Sister Bay, where he became a Head Elder.

He had a passion for airplanes and flying, and enjoyed visiting friends at Glenview Naval Air Station in Illinois. Like many Midwest flight enthusiasts, he often attended the annual EAA Fly-In in Oshkosh, WI. He enjoyed weather seminars and went “tornado chasing” out West with the College of DuPage program in Illinois.

He enjoyed fishing in the Midwest with police buddies and in Canada with good friends for many years.

Mike was Vice-President of the Door County Amateur Radio Club for several years and coordinated ARES/RACES and Skywarn events.

In Door County he became a volunteer instructor for Learning in Retirement at NWTC. Mike served as a board member with the ADRC Senior Center. He also volunteered as a docent with the Tug John Purves.

Mike will be missed by his wife Holly, with whom he was blessed with nearly 43 of marriage; his mother, Marie Cyboran of Norridge, IL; brother, Larry Green of Des Plaines, IL; other relatives and friends. He was preceded in death by his father.

Mike’s life will be honored with sharing of memories at 1:00 p.m. on Wednesday, September 21, 2022 at Huehns Funeral Home in Sturgeon Bay with Pastor Dr. Mark Billington, of First Baptist Church of Sister Bay, officiating. Visitation for family and friends will continue after the service, at the funeral home, until 3:00 p.m.

In lieu of flowers, please make a contribution to the charity or organization of your choice in honor of Mike.

“A special thanks goes out to the staffs of Froedtert Hospital in Milwaukee and Door County Medical Center in Sturgeon Bay for the wonderful care you gave to Mike.”

Arrangements have been entrusted with Huehns Funeral Home, Inc. & Door County Crematory LLC in Sturgeon Bay. Expressions of sympathy, memories, and photos of Michael may be shared with his family and friends through his tribute page at www.huehnsfuneralhome.com.