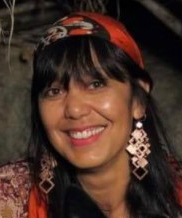 Mira Miyamoto, 60, of Sturgeon Bay, died unexpectedly. She was born in Kobe, Japan, and immigrated to the U.S. as a young teen with her mother, Ami, and stepfather, Richard Lindemeyer. After living briefly in Hawaii, the family moved to Sturgeon Bay, where Richard worked in the shipbuilding industry, and Mira graduated from Sturgeon Bay High School.

She worked in administration at Peterson Builders for a time, and for many years, worked in the translations department for Marquip in Phillips, Wisconsin. She also traveled extensively internationally with the job. She also pursued a degree in culinary arts from Nicolet College in 2016.

In between, Mira lived an eclectic life, including working with a scuba-diving charter in Mexico and Guatemala, starting a bison ranch in western Wisconsin, traveling to India and becoming a personal chef in Door County.

In recent years, she was accepted into the Anishinaabe (Ojibwa) tribe as an honorary member and spent many years working and cooking at gatherings and learning the customs.

Mira was also a fierce advocate for animals, volunteering with several rescue organizations, and helping to place animals in forever homes. While living in Rhinelander for a time, she volunteered a local shelter.

Mira’s free time was spent with her loving husband, Dan. They were either sailing, traveling to Florida, sightseeing, playing with her dog or just having fun together. They lovingly considered themselves “partners in crime.” Mira was always smiling, laughing or joking.

Mira is survived by her husband, Daniel Thimm Jr.; mother, Ami Lindemeyer; brother Eddy, sister-in-law, and niece in Japan; and many friends who considered Mira to be a “sister” or “aunt” to them. She was a kind, caring friend who would bend over backward to help others, and her cooking was legendary.

She is preceded in death by her stepfather, Richard; and her beloved dog, Oulan, who died unexpectedly during the pandemic.

A celebration of life will be held later. The Forbes Funeral Home is assisting the family with arrangements. A tribute page is available at forbesfuneralhome.com.

The family will hold services at a later date.