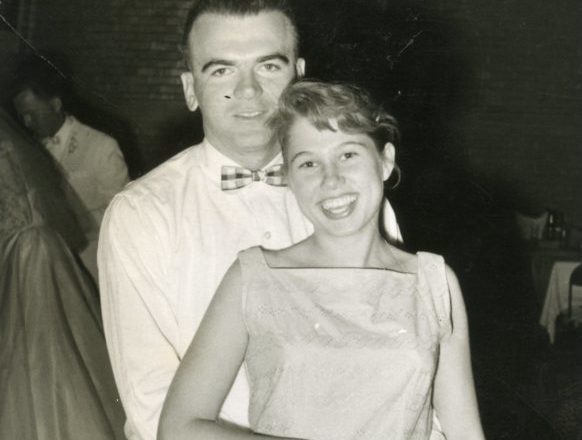 Mona and Bob Pavic died in July 2016 and July 2018, respectively after living long, interesting lives. Bob was born in 1932 and Mona was born in 1936, both in Chicago. They met on a blind date while Mona was in nursing school and after Bob had returned home from serving in the Korean War. They married in 1958 and settled in Oak Lawn, Illinois, where they raised five children, Mona pursued a career in nursing and Bob in sales.

After many years of travelling up north and buying land including an apple orchard in Brussels, Wisconsin, Bob and Mona purchased a farm in Sturgeon Bay in 1979 to pursue their dream of country living and as Mona often said, “to have a bigger garden.” While successfully dairy farming they had fun raising chickens, pigs and geese. They also participated in the Conservation Reserve Program where they planted over 15,000 trees, converting a portion of their land back to its original forested state.

They are survived by their five children, 11 grandchildren, two great-grandchildren, extended family, and wonderful friends and neighbors. May their light shine on us all.