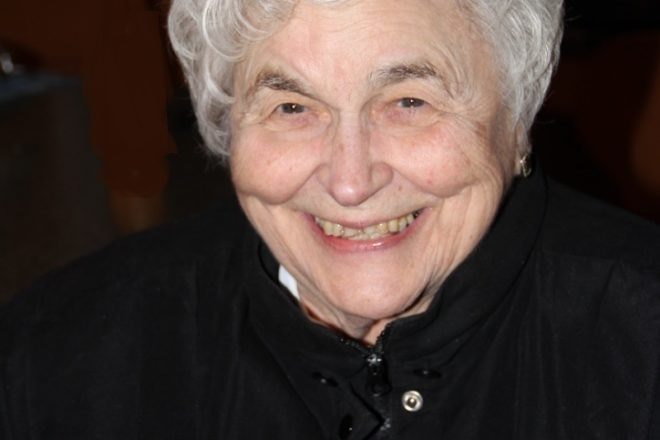 She was born March 12, 1931 in the Town of Nasewaupee, daughter of the late Ralph Noble and Rose Alice (Gerondale) Haskell. Pat attended St. Joseph Catholic grade school and graduated from Sturgeon Bay High School as the Salutatorian of the Class of 1949. On May 20, 1950, Pat and Anton “Tony” Albert Swagel were united in marriage at St. Joseph Catholic Church, where the two were lifelong members. After her children were raised, she worked as a dietary aid for the Door County Medical Center until her retirement in 1994. Pat was devoted to her Catholic faith and was a member of St. Ann’s Society, St. Joseph Christian Mothers, and the Altar Society. She also volunteered for the Special Olympics and was a member of Jolly Gems Homemakers. Pat enjoyed watching movies, reading, traveling, and playing word games. Her greatest joy was being a mom and spending time with her family.

Pat’s life will be celebrated during a Mass of Christian Burial on Thursday, May 27, 2021 at St. Joseph Catholic Church at 11:00 a.m. with Fr. Robert Stegmann officiating. She will be laid to rest in St. Joseph Cemetery beside Tony and James.

The family would like to express a sincere thanks to the staff at Pine Crest Assisted Living and Sturgeon Bay Health Services for their compassionate, loving, and tender care shown towards Pat.

In lieu of flowers, memorial donations can be made in Pat’s name to St. John Bosco School or the Sunshine house. Expressions of sympathy, memories, and photos of Pat may be shared with her family through her tribute page at www.huehnsfuneralhome.com.