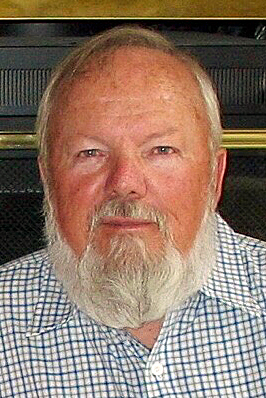 Patrick L. Pflieger, 84, of Sturgeon Bay, passed peacefully at home on February 27, 2017 surrounded by his family.  He was born in Wausau, Wisconsin on December 11, 1932 to Lawrence and Marion (Durand) Pflieger.  Patrick attended elementary school in Rothschild, Wisconsin and graduated from Wausau High School in 1951.  He served in the United States Navy for 4 years, attended Marquette University and graduated with a bachelor’s degree in education from St. Norbert College in 1959.  He earned a Master’s degree in special education from Cardinal Stritch University in 1967.

Patrick married Carol Timmers on January 3, 1959 at St. Rose Church in Milwaukee, Wisconsin.  In 1974, he and his family moved to Door County, WI where he helped develop special education programming and served as the Director of Special Education for Door County schools for 17 years.  He retired in 1991.

Patrick was a 3rd Degree member of Knights of Columbus and was a Lion for over 40 years, all as a member of the Sturgeon Bay Lions.  He was club president four times, held a variety of district roles, and was District Governor for district 27-B2 for 2009-10.  During his year as governor he visited all 73 clubs in the district.  Each club donated to the Wisconsin Lions Foundation and the Pride Endowment campaign during his governorship.  He was the first governor to achieve this distinction.   After his year as governor he became a Director for the Wisconsin Lion’s Foundation and served for three years.  Patrick also volunteered for the American Cancer Society Relay for Life, American Red Cross, Head Start of Northeast Wisconsin, and served as a Lector and Eucharistic Minister at St. Peter and Paul Church.  And with a special sparkle in his eye he became ‘Santa’ to share the Christmas spirit with his community, friends and family for over 30 years.

A mass of Christian burial will be conducted at 11:00 A.M. on Saturday, March 4, 2017 at Sts. Peter and Paul Catholic Church in Institute.  Burial will be in the church cemetery. Friends may call from 3:00 -8:00 P.M. Friday at Forbes Funeral Home in Sturgeon Bay and at the church on Saturday from 9:30 A.M. until the time of service.   Memorials may be directed to the Wisconsin Lions Foundation.  On-line condolences may be offered at www.forbesfuneralhome.com.