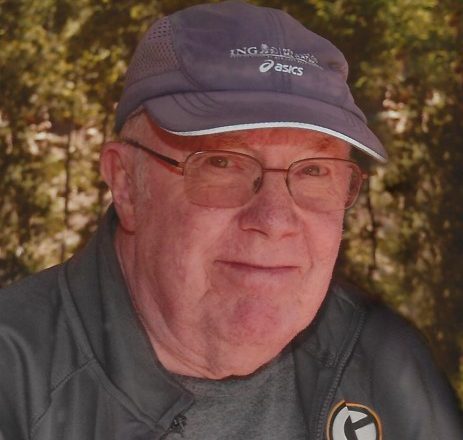 Richard Farrell (Dick) was born May 7, 1939 in Chicago, Illinois, the first of nine children to George and Eleanor Farrell.

Dick and his parents briefly lived in New Hampshire before settling in Chicago, Illinois where his life-long passion for the Chicago Cubs was born. Perhaps it was his Grandfather Cassidy’s tales of witnessing Babe Ruth’s infamous ‘called shot’ during the 1932 World Series game at Wrigley from the fire station at Waveland and Sheffield where he worked as Battalion Chief. More telling though, is the fact that by age seven Dick and his younger brother Wally were already riding their bikes to Wrigley, chasing down Cubs’ players like Smiling Stan Hack and Roy Smalley for autographs. Seasons of watching games from any seat he could get – from the bleachers to the upper deck and boxed seats – to later attending Spring Training, Dick’s love for all things Chicago Cubs never wavered. As a long-time season ticket holder Dick, enjoyed treating his family, friends and business associates to games and salty peanuts – still in their shells.

When the family moved to Arlington Heights, Illinois, Dick attended St. James Catholic School and graduated from Evanston’s St. George High School in 1957 – where he earned his favorite nickname ‘Red’.

It is in High School that Dick met his bride-to-be, Susan Jean Carberry, through his younger sister, Norine. He famously organized a Sweet Sixteen Birthday party for his sister where he invited girls and only one other boy so as to secure all of Sue’s attention that night. It worked. Dick briefly attended Marquette University in Milwaukee, Wisconsin, but returned home to marry Sue on January 17, 1959 at St. Paul Catholic Church in Park Ridge, Illinois. At nineteen years old and with their first of six children on the way, Dick took a job as a teller at the First National Bank of Elgin, Illinois. This choice began what would become an almost sixty-year career in the field of finance and banking.

In the early years, Dick worked nights at the local Jewel grocery store stocking shelves in addition to working at the bank. He also attended night school. By 1962, Dick was head bookkeeper at First National Bank before being hired away to Home Federal Savings and Loan in Elgin. Dick earned his Associate Degree in Finance from Elgin Community College in 1964 and a Bachelor of Arts and Science from Northwestern University in 1965. He remained with Home Federal Savings until 1977. Dick is credited for introducing automation, real-time reporting, and standard procedures which allowed Home Federal the ability to grow and open multiple offices during his tenure.

Beginning in late fall of 1977, Dick Farrell was hired as the third-ever President of First Federal Savings of Ottawa, Illinois, a hundred-year-old institution at that time. He would go on to serve as CEO, CFO and Chairman of the Board, respectively, and continued as a board member until the time of full retirement in 2015. It is during his time with First Federal that Dick successfully steered the institution through the well-documented Savings and Loan crisis of the late 1980s and early 1990s. He then went on to secure a line of succession which would allow the bank to grow the next generation of leaders from within. FunTimers, a senior citizen group designed to bring retirees together for sponsored trips and adventures, was also Dick’s brainchild. The formation of this group helped to cement important trusted bonds with seniors and their bankers.

Another of Dick’s customer-focused ideas was his famous Brat Cookouts, connecting bankers with customers. Bratwursts were sold at a dollar a piece with the sales going to local charities, yet the yield was almost ten thousand per brat in renewals and new customer investments. He always joked that his return on investment for a single brat would make any restauranteur jealous, adding what account holder wouldn’t love to have a bratwurst grilled especially for them from the President of their bank.

While Dick’s career accomplishments are numerous and well documented, it is his sense of adventure and quest for knowledge that Dick will be remembered for the most. Throughout his life whenever Dick Farrell took up a hobby, it was done with great passion.

Joining a local runners club through the YMCA forged a group of lifelong friends who met every Sunday for decades. Together they logged in 100s of 5 and 10k races and challenged Dick to run four marathons, with a personal best of 3 hours and thirty-seven minutes run during the 1984 Chicago Marathon. Even after his marathon days were over, Dick continued to mentor and train marathoners into his seventies.

As a founding member of Starved Rock Runners Club his relationship with other runners morphed into several winter pilgrimages to Hayward, Wisconsin to compete in the grueling Birkebeiner 55k cross country ski marathon. When he and several runner friends took up long-distance bike riding, Dick took it one step further by planning a 1,137-mile ride from Ottawa, Illinois to Portland, Maine. Dick completed the ride in just 23 days, despite the fact that every other rider backed out either before or during the trek.

With everyone else gone from the ride, his wife Sue dropped everything to become his personal sag driver. Over the next weeks they navigated seedy hotels and dusty dirt back roads with only paper maps and cell phones with shoddy coverage at best. The image of Dick lifting his bike up over his head and walking the sandy wooden boardwalk towards the ocean waves remains one of Sue’s favorite memories. “As skinny and tired as he was, he walked that bike right into the Atlantic Ocean.”

Dick Farrell has hiked the Appalachian trail, kayaked in Alaska, down-hill skied in Colorado and Canada. He’s competed as a triathlete and backpacked across Ireland. He took up carving, making wooden Santas his signature work. He’s memorized maps and the names of countries that no longer exist. Telescopes, globes, weather collectables and books on every subject of interest have always lined his shelves at home and at his bank offices.

Dick loved music, musicals and The Clancy Brothers. He absorbed world history like a sponge and was honorable in all that he did, quietly helping people through support, mentoring and motivation.

For all those who knew Richard Edward Farrell, his never-ending thirst for knowledge and his retention of facts and stats for all things baseball will be forever remembered.

A Memorial Mass has been planned for Friday, May 7, 2021 at 10:00 a.m. at St. Michael Church in Wheaton, Illinois, on what would have been his 82nd birthday. Remote viewing of the service will be made available for those unable to travel. If desired, donations in Dick’s honor can be made to the Ridges Sanctuary of Baileys Harbor, Wisconsin.

Huehns Funeral Home, Inc. and Door County Crematory LLC of Sturgeon Bay are assisting the family. Expressions of sympathy, memories, and photos of Dick may be shared with his family through his tribute page at www.huehnsfuneralhome.com.