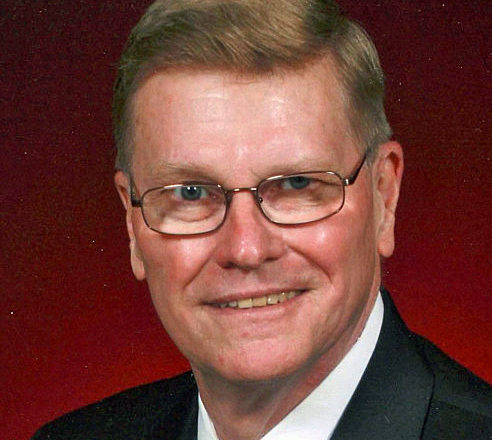 Rick retired Dec. 1, 2014 as Vice President – Acquisitions for First Union Rail Corporation, a Wells Fargo Company, and a Managing Director of Wells Fargo Securities, LLC.  He had 42 plus year of experience in corporate finance and served three, three year terms on the Board of Directors of an industry related association.

He was raised a Master Mason on Feb. 3, 1996 and joined the Scottish Rite Bodies, Valley of Chicago and Medinah Shriners that same year.  He served as Director – Media and Community Relations for the Valley and the Children’s Learning Center.  He is a member of the Royal Order of Scotland; a recipient of the DeMolay Honorary Legion of Honor; was Assistant Hospitaler – Chicago Council Princes of Jerusalem; and a  Piper in the Scottish Rite Pipes and Drums.  He is a 2008 recipient of the Valley Award.

Bro. Kohn served as a Regional Director of the Imperial Public Relations Committee for Shriners International and is an Emeritus member of that committee.  During that same period, he was appointed to serve as a member of the Public Relations Advisory Committee to the Imperial Potentate.  He is a member of Medinah Shriners and is Emeritus Director – Public Relations.  He was a Piper in the Medinah Highlanders, its Quartermaster, a past member of its Executive Committee and past Big Hump and trustee of El Hajj Caravanserai #1.  He has been recognized, both nationally and locally, for his service by Shriners International and the Board of Trustees, Shriner Hospitals for Children for implementing national and local public relations PSA campaigns for Shriners Hospitals.

Bro. Kohn is a member of Barrington Lodge #522; Bethel Commandery #36; Cryptic Council #46; Royal Arch Palatine Chapter #206, Illinois York Rite College #15 and Grand Master’s Council A, Allied Masonic Degrees.  Right Worshipful Brother Kohn is the past Director – Public Relations and Marketing for the Grand Lodge of Illinois and currently serves as Grand Lodge Representative – Wisconsin and was a past representative for Massachusetts. He served on two committees of the Grand Royal Arch Chapter and was Chairman of its Public Relations – Media Committee. He is a member of the Nicolet Conclave – Order of the Red Cross of Constantine.  He is a member of Henry S. Baird Lodge #174 and a DeMolay Chapter Advisor, a dual member of the Scottish Rite Valley Green Bay and North Central Wisconsin York Rite College #112.  Nobel Kohn is presently serving on the Elected Divan of Beja Temple.  He a past president of Peninsula Shrine Club and its current Assistant Treasurer and Trustee.

Rick was ordained in October 2008, to the office of Seventy in the Church of Jesus Christ, Restoration Branches, serving in a missionary capacity.

Masonic, Funeral, and Veteran services will be 2:30 p.m., Sunday, July 24, 2016, at the Forbes Funeral Home in Sturgeon Bay.  Visitation will be from 1:00 p.m. until the time of services at the funeral home on Sunday.  Donations may be given to Shriner’s Hospital or Daughters of the Nile Foundation.