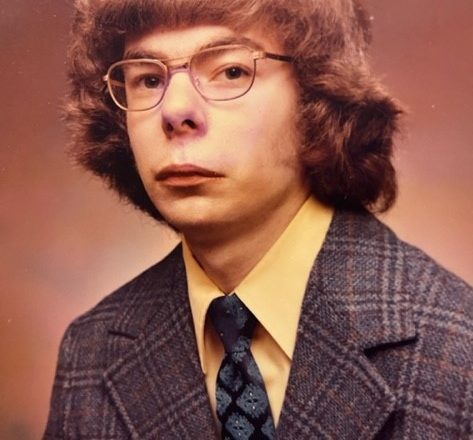 Ross Chapman died on April 12, 2022 after a courageous battle with heart disease.

Ross was born in Sturgeon Bay, Wisconsin on April 1, 1955 to Robert and Marcella Chapman. He attended Sturgeon Bay Public schools, graduating from Sturgeon Bay High School. After graduation, Ross worked with his father operating Maple Grove Market Antiques near Fish Creek. He continued to operate the store years after his father’s death. Later in life, Ross worked at the ReStore, a job he truly enjoyed. He also volunteered at the ReStore up until the time of his recent illness.

Ross has many interests. He was a Packer and Badger fan. He loved being outdoors and working outdoors, had to pet every dog and cat he saw.

Ross had a head full of facts about things that interested him such as history of Door County, Ahnapee and Western Railroad, Moravian Church to name a few. Just ask and he’d tell you more than you wanted to know. He found humor in watching what was going on around him then retelling his observations to friends.

Ross was very generous with his time. He would drop everything to help someone out with whatever they needed. He liked everyone. Saw good in everyone. He cared for his grandmother Charney in his home up until her death. Ross cared for his mom as long as he could, keeping her at home as long as possible. Ross was an organ donor hoping to help others after his own death. He spent his life putting others first. He was an original when it came to kindness. Ross will be greatly missed by his family and friends.

Ross was preceded in death by his parents, Robert and Marcella Chapman; grandparents, Joseph and Florence Charney, Claude and Agnes Chapman; uncles and aunts, George and Helen Pinney, Francis and Clarice Reynard.

Funeral services will be held at 11:30 a.m. on Friday, April 22, 2022 at Sturgeon Bay Moravian Church with the Rev. Dr. Matthew R. Knapp, Sr. officiating. Burial will be at Bayside Cemetery next to his parents.

Family wishes to thank the staff at Door County Medical Center for their compassionate care of Ross.

In lieu of flowers, memorials may be directed to Door County Habitat for Humanity or Door County Humane Society in Ross’s name.

Expressions of sympathy, memories, and photos of Ross may be shared with his family through his tribute page at www.huehnsfuneralhome.com.