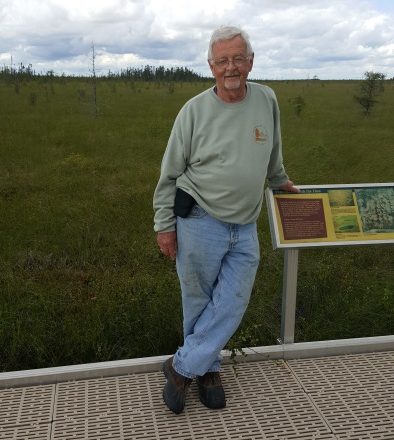 The youngest of three boys, Tom was born on March 5, 1936 to James Mathers Duke MacDonald and Agnes McCulloch Summerville in Minneapolis, Minnesota. James Mathers Duke, a native of Kirriemuir, Scotland, was a grain merchant before emigrating to the United States in 1923 where he became a salesman and later served in WWI and WWII. Tom’s mother was born in Glasgow and worked as a nurse while raising her three sons.

Tom was born and raised in Southwest Minneapolis, attending James Whitcomb Riley School, Robert Fulton School, and Southwest High School. Tom was a member of the Southwest High Choir, and served as Choir President his Senior year. It was at Southwest High School where he met Barbara Johnson, the love of his life, during their junior year in 1953. During his junior year of high school, Tom joined the Army National Guard and served for five years after achieving the rank of Master Sargent and working as a Tank Commander.

Tom and Barbara were married in March of 1957 at Lake Harriet Christian Church, and welcomed their first and only daughter, Kristine, in February of 1959. Thomas Barrie was born in 1960, followed two years later by Jeffery Brian. Matthew David was born in 1968 before the family moved to California where Tom had secured a job with Red Star Yeast.

After spending about 10 years in California, Tom, still with Red Star Yeast, moved to Illinois with Barbara and their youngest son Matthew. Tom spent 66 years in the baking industry, finishing his career with Brolite Products, where he worked for 26 years.

In 1997, Tom and Barbara built a home on Europe Lake and shortly after moved full time to Door County. Tom enjoyed active participation in Rotary and Alcoholics Anonymous. He served the community as a Stephen Minister, church bus driver and Meals on Wheels driver, among many other activities.

Tom is preceded in death by his youngest son, Matthew, his wife Barbara, and his oldest brother Jim. Tom is survived by his brother, Barrie; his daughter, Kris (David); and sons, Tom and Jeff; grandchildren, Michael (Gina), Molly, Thomas, Eric, and Grace; great grandsons, Finnley and Jameson; and many dear friends.

Details on a celebration of life will follow when finalized. Tom has requested donations in his honor be made to St. Marcus Lutheran School in Milwaukee, WI or The Rotary Foundation.

Casperson Funeral Home & Cremation Services in Sister Bay is assisting the MacDonald family. Expressions of sympathy, memories, and photos of Thomas may be shared with his family through his tribute page at www.caspersonfuneralhome.com.