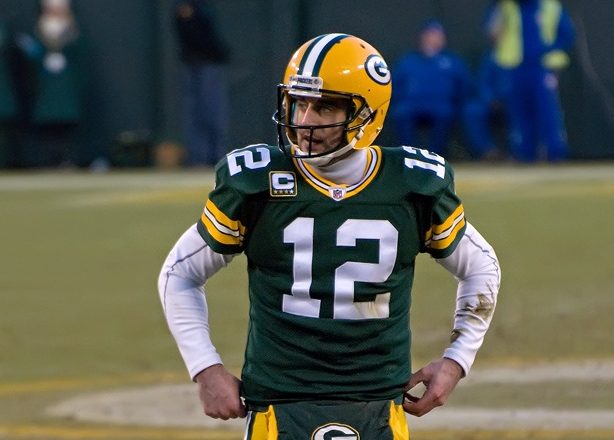 The Green Bay Packers will look to extend their five-game winning streak over the Dallas Cowboys this Sunday afternoon at Lambeau Field. Green Bay has won each of the five most recent matchups between the two teams, dating back to November of 2009.

The Packers’ winning streak against the Cowboys is just one of many streaks that have occurred in this NFL rivalry, which began in 1960 and has since tallied 33 contests (Green Bay leads 17-16).

The Green Bay Packers rivalry with the Dallas Cowboys kicked off Nov. 13, 1960, with a decisive 41-7 Packers victory.

Green Bay went on to win the next five contests, winning all six match-ups of the 1960s. During that span, Green Bay won back-to-back NFL Championships against Dallas at the conclusion of the 1966-67 and 1967-68 seasons, the latter being the fabled “Ice Bowl.”

Green Bay went on to win Super Bowl I and II after their championship wins over the Dallas Cowboys.

Green Bay won eight of the first nine match-ups between the two teams before the Cowboys went on a streak of their own. Between 1978 and 1984, Dallas won four straight against Green Bay, including a second-round playoff win in 1983. The two teams would not play again until 1989, when Green Bay won back-to-back contests during that season.

The 1990s were a decade that marked a return to glory for both the Packers and Cowboys. It had been since Super Bowl II that Green Bay had experienced longlasting success. For Dallas, it had been five losing seasons leading up to the 1991 season, when the two teams would reignite their rivalry in the new decade.

The Dallas Cowboys won eight straight contests against the Green Bay Packers from 1991 to 1996. All but one of those match-ups took place at Texas Stadium in Irving, Texas.

With both teams achieving consistent regular season success, it was Dallas who served as a roadblock to Green Bay’s Super Bowl hopes. In three consecutive years, the Dallas Cowboys beat the Green Bay Packers in the postseason in 1994, 1995 and 1996.

Dallas ended the decade winning nine out of 10 match-ups with Green Bay. Both teams became dominant figures in the NFC during the 1990s, combining for five Super Bowl appearances and four victories in the decade. Green Bay carried its success into the 2000s, while Dallas was unable to do so.

Green Bay’s sustained success led to the current five-game win streak that began in 2009. However, it was during the Packers 2007 loss to the Cowboys two years earlier that Green Bay would get its first glimpse of the future of the Packers in quarterback Aaron Rodgers.

The Packers, who sported a 10-2 record, traveled to Texas Stadium to play the Cowboys in primetime on Thursday Night Football. The 11-1 Cowboys knocked Packers’ quarterback Brett Favre out of the game, leaving Aaron Rodgers to see his first significant regular season action. Rodgers brought the Packers back from a 17-point deficit to within three points. He threw his first touchdown pass and completed 18 passes for more than 200 yards in three quarters of action.

Despite a 27-37 Packers loss, Aaron Rodgers gave fans a preview of what would come in the post-Favre era in Green Bay.

Although Rodgers would lose his first start against the Cowboys in the next season, he would not lose to the Cowboys again. His five most recent victories of the Cowboys included a 26-21 divisional round playoff victory in 2015.

Green Bay hopes to extend its win streak against Dallas to six games on Sunday. The upstart Cowboys, with a 4-1 record, hope to maintain control over the NFC East while the Packers will continue to chase the Minnesota Vikings for the top spot in the NFC North.