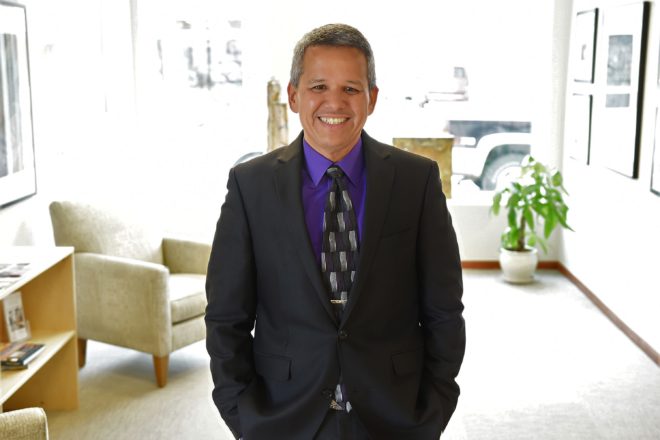 About every other week or so, I have the bad habit of switching between MSNBC and Fox News to see how each side is covering the issues of the day. I call this a “bad” habit because ironically, it’s the one thing that people of both political persuasions have told me is foolish, albeit for different reasons.

Many of my liberal friends do not believe there is anything worthwhile that spews from the mouths of the immigrant-hating, misogynistic racists on Fox News. Of course, lots of my conservative friends don’t think there’s anything of value to be learned from the freedom-hating traitors on MSNBC who want to destroy all that makes America great.

Recently, I, too, have begun to think that my habit of news-channel hopping is a bad idea, but for another reason.

A decade or more ago, watching the competing evening newscasts of MSNBC and Fox News was almost a nightly occurrence for me. As much as I have very defined moral and ethical beliefs, I am not so arrogant to think that my political conclusions cannot be wrong. At the very worst, listening to the ideas of those with whom I disagree will still help me to refine and reinforce my thinking. At best, a differing perspective might cause me to see that my way is not the right way.

Yet my nightly diet of differing political perspectives has slowly devolved into a meal I can digest only a handful of times each month. MSNBC and Fox News have degraded from a competition of policy ideas into a nightly exercise in moral outrage. Today, if you believe the talking heads on TV, your political perspectives and policy ideas aren’t simply different from mine, they are emblematic of your corrupt values and evidence of the illegitimacy of your very right to participate in the political process.

I am often befuddled about how even the simplest difference of opinion over a policy choice now quickly elicits the highest levels of fury and righteous indignation. My wife has a saying that characterizes this phenomenon: “You gotta want it.”

Too many of us want to believe the worst about the other side. Because our motives are pure, the motives of those on the other side must be nefarious; otherwise, how could they possibly disagree with us? Hence, we reject the other side as corrupt and refuse to accept that people on that side have anything worthwhile to say.

I am an unabashed capitalist. I believe that honest competition between businesses encourages efficiencies and fosters innovation. As they say, if you can build a better mousetrap, the world will beat a path to your company’s door. Your mousetrap ingenuity forces my business to innovate as well. To succeed, I must learn from your successes, avoid your failures and figure out how to compete in the mousetrap marketplace.

Although capitalism has its limitations, history demonstrates that an honest and fair capitalist economy that respects the value of competition is the greatest generator of wealth for the largest number of citizens. Part of that wealth can even improve the quality of life of those the system leaves behind – through government investment and private philanthropy. My entire career working for the Door County Community Foundation is predicated on this truth.

Precisely because I am a capitalist, I also believe that our society needs a healthy competition of ideas. Your design for the optimal tax policy might be different from mine, but by exploring those differences in an honest, fair and respectful way, we have the best chance of creating the optimal policy for our society as a whole. Competition makes ideas better.

Unfortunately, if you watch the current conversation on MSNBC and Fox News, you will quickly conclude that the other side has nothing of value to add to the marketplace of ideas. Instead, these talking heads stoke the flames of moral outrage until too many of us stop listening to anyone who dares to disagree with us. Rather than encourage and embrace a competition of ideas, each side is being indoctrinated to believe it holds a monopoly on what is right.

From our country as a whole, down to our little peninsula and the islands that surround it, we face serious and difficult challenges. If we are going to find effective solutions to our shared concerns, we need a healthy competition of ideas. That begins by being humble enough to recognize that we’re not always right. We must be willing to listen to the ideas of those whose perspective differs from our own.