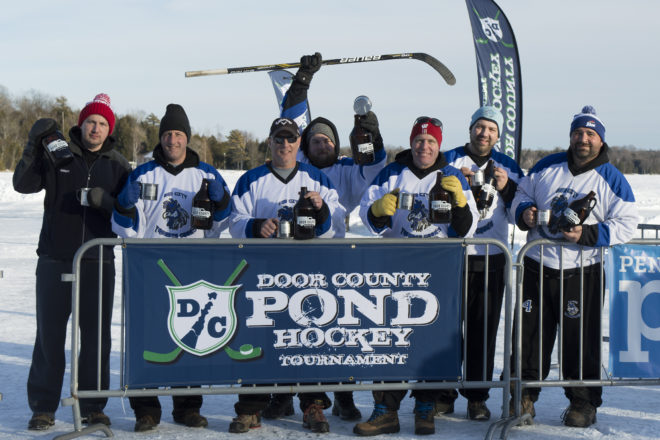 The tournament welcomed more than 300 players on 46 teams from Wisconsin, Illinois, Minnesota and Utah. Teams competed on 15 rinks created on the lake in Baileys Harbor on a sunny day with temperatures in the teens.

Champions were crowned in six divisions, with each receiving the Stanley Thermos trophy and growlers from presenting sponsor Door County Brewing Co.

The Fitzgerald Freighters of De Pere won their third straight title in the tournament’s top division.

Fitzgerald Freighters took their third straight title in the Open A division. Photo by Kate Roth.