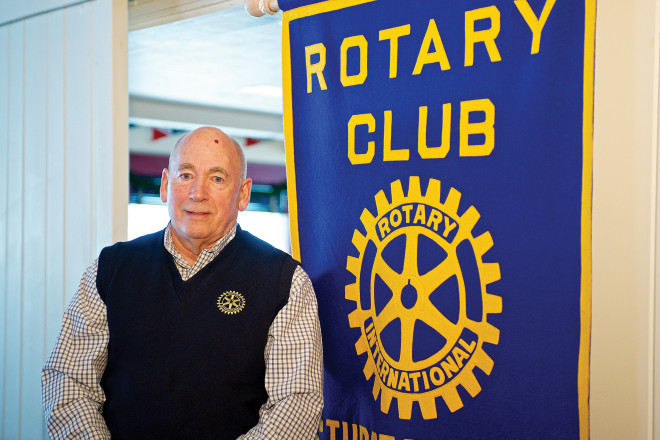 Door County is known as a charitable community, but not everyone gives locally. Some, like John Herlache and members of the Sturgeon Bay Rotary Club, work with a non-profit that reaches across the globe called PowerFlour International. 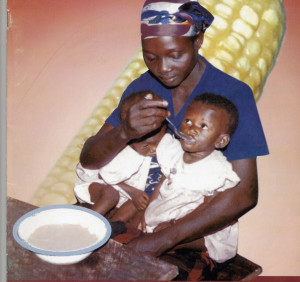 Food resources are scarce in much of the world and PowerFlour helps make what’s available more nutritious. When people mix it into a meal like porridge, they’re able to get more nutrients out of the food.

Getting those vital nutrients is important. People who are malnourished in infancy miss out on those nutrients when they’re growing, which can cause impaired physical and mental development and more susceptibility to infectious diseases. Real hunger goes beyond discomfort.

While we think we understand tough economic times in this country, Herlache said it’s hard for Americans to understand global poverty because our idea of poverty is considered wealth in other places. In 2008, 22.4% of people lived on less than $1.25 a day, according to The World Bank. Any single person that makes just over $11,000 a year, about $30 a day, is considered impoverished in the United States.

“If they can get the food that they need, can have a source of water and maybe a bike to be able to get a little farther than you can walk, those people are pretty well off,” Herlache said. “Here you just take all that stuff for granted.” 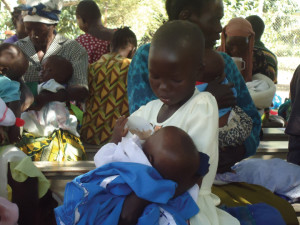 From Local to Global Philanthropist

Herlache, a retired local surgeon, has long been philanthropic, but was not always interested in global issues like poverty and hunger. When he returned to Door County in 1975 after two years in Germany with the Medical Corps of the U.S. Army, Herlache began serving. He helped grow the county’s medical services and was instrumental in creating the Door County Community Foundation, which invests in charities around the county, and Door-Tran, a transportation service.

Rotary Club was a major outlet for Herlache’s giving. He was president of the club in 1998, and District Governor of Rotary District 6220 from 2005 to 2006. He also created the Sturgeon Bay Interact club to connect local youth with volunteer opportunities.

In 2005 when he heard members of another Wisconsin Rotary Club speak on PowerFlour, he took the step from local to global philanthropist. 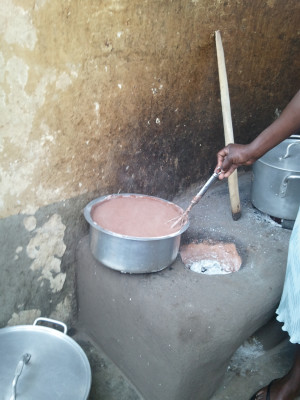 “[The project] allows him to use his medical degree in his retired life, and that’s really right down his alley,” said Herlache’s son Mike, executive director of the Door County Medical Center Foundation. “He dove in all the way with this, like he does with everything else.”

At first PowerFlour was just used as a weaning agent for infants too young for solid food. In poor areas, babies are often fed grains diluted with water, which makes the food easier to swallow but lower in calorie. Adding the product to the meal makes it more nutritious for those infants.

But Herlache knew it could be used for more – they just needed to prove it. Anecdotal evidence, like doctors saying the product helps kids grow, wasn’t enough.

Since he joined the non-profit in 2005, Herlache has helped set up experiments that show PowerFlour can help HIV/AIDS patients, whose immune systems and digestive organs are often weakened by disease, and help children digest food. He’s also helped monitor infants who regularly use it to prove they have a higher body mass index than those who don’t.

Herlache is now the vice president of Powerflour International, and was awarded the Service Above Self award by Rotary International for his work with the non-profit. 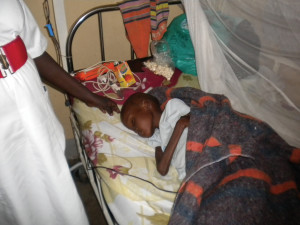 “He’s literally, I think, saved tens of thousands of children’s lives with PowerFlour,” Mike said. “He’s really driven it and it’s now being acclaimed as a major Rotary International project.”

“We didn’t discover any enzymes,” Herlache said. “It’s just using it in a different way, so that we’re using it for people instead of yeast.” 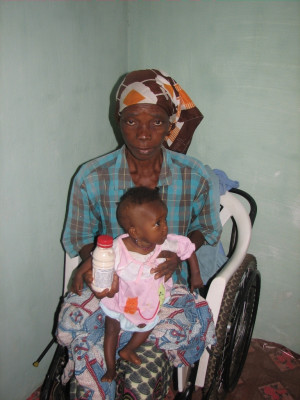 There are other products that do what PowerFlour does – use enzyme active malts to help people digest the micronutrients in grains – but Herlache said the organization sets itself apart by the way it operates. The organization is run predominately through Rotary Clubs, and is moving toward a sustainable model where countries manufacture, bottle and distribute the product themselves.

“We think this is an entirely different way at looking at providing this kind of stuff to the world,” Herlache said. “We are providing them the knowledge and helping them develop the ability to do it for themselves on a sustainable basis so that once this is set up and done we don’t have to go back.”

Uganda is the only place PowerFlour has set up a sustainable system so far. Makerere University in Kampala, Uganda is responsible for developing the product and the local Rotary groups are in charge of distributing it. The product is marketed both to healthcare facilities and to Ugandans who can afford PowerFlour but can’t afford to eat a balanced diet. Those proceeds help pay to give it to those who can’t. The product is made from local products and bottled in Uganda.

“They are doing something that’s going to improve their status, and they’re not used to that,” Herlache said. “What we have trained them to do is to ask us for stuff.” 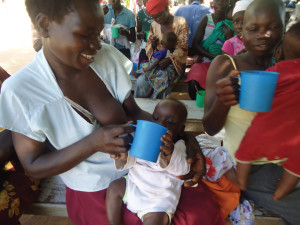 Since Ugandans are making, selling and using the product they don’t have to rely on aid from other countries. Partners like Makerere University and local hospitals are enthusiastic, Herlache said, because they’re active in the project.

It’s important to be able to help those hurting in your community. But, as Herlache demonstrates, it’s also important to look beyond it.

“I think everybody, to whatever capacity, has a responsibility for local, for national and for world,” Herlache said. “We’re citizens of all those three things, and should try to do something for all three.”