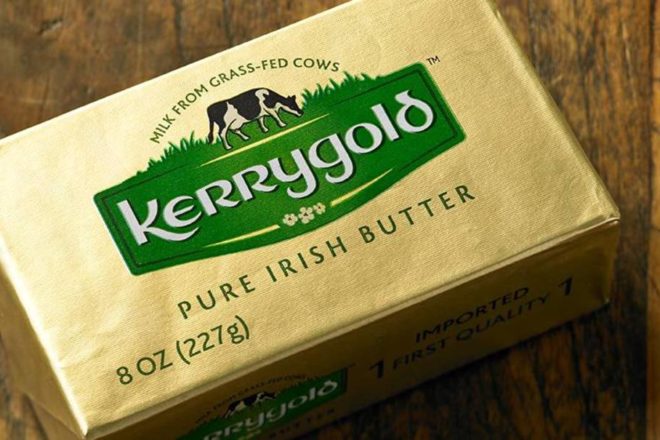 A 40-year-old Wisconsin state law banning foreign butter has churned to the surface once again after resurfacing in a Milwaukee Magazine feature in February. Kerrygold, Ireland’s premier grass-fed butter and the biggest player in the United States’ foreign butter market, is being stripped from the shelves of Wisconsin food stores.

The law has floated to the surface a few times over the past few years and the origins are milky.

If we’re talking about economics in the dairy state, it seems entirely likely that when the law was enacted back in the 1970s, it was at the request of the state’s dairy lobby to limit outside competition. Ireland, which can grass-feed their dairy cows year-round, had an unfair advantage in providing the product. Now that “grass-fed” is a hip marketing term, the stakes are even higher for traditional Wisconsin dairies.

It’s not the first time this dairy state isolationism took effect. In 1950, a big tax on oleomargarine, a butter substitute, drove many people across the Minnesota border to pick up the product. At one time, restaurants were even required to post signs admitting they used oleo.

Wisconsin is expectedly strict about the quality of their butter. A panel of experts must taste the butter and grade it by describing it in terms of 32 characteristics. Does it taste too “utensil”, meaning a flavor suggestive of unclean utensils or equipment? Grade B! Is the body “ragged-boring?” Let’s not even go there.

While Wisconsin does allow for federally graded butter to be sold in the state, it doesn’t allow for foreign butter that hasn’t passed the rigorous American test. The Irish Kerrygold seems content enough selling its butter internationally and in the rest of the 49 United States that do not have such strict butter laws.

Any retailer found in violation of the banned butter law could face up to a $10,000 fine and a year in county jail. But consumers looking for the fabled Irish butter can still drive across state lines and pick it up. The growth of the online food market has also left the law looking ineffective and just odd. Right now, you can buy eight ounces of Kerrygold butter for $4.49 (with an admittedly steep shipping cost).

With the advent of grass-fed products enjoying a considerable markup, perhaps more Wisconsin dairies will begin offering the product in-house, complete with that dairy-state stamp.