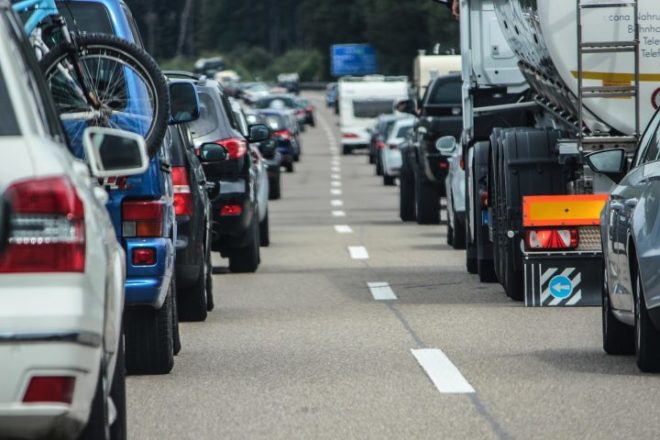 The week of July 4th was a nostalgic one for many Door County business owners, but not for the obvious reasons many associate with Independence Day.

Instead, the extended holiday week (the 4th fell on a Wednesday) brought traffic to levels many had forgotten were once routine throughout the peninsula. Fish Creek was a virtual standstill, while even the struggling village of Sister Bay witnessed a steady stream of traffic crawling down Bayshore Drive.

I spent much of the week stuck in the throng and came close to road rage once or twice, but I managed to calm myself, recognizing this traffic was exactly what so many of us, myself included, have mourned the absence of for much of the decade. For a few hot, short days the county resembled the boom days of the late 1990s, and reminded me just how far we’ve regressed (that is, if you happen to think more tourism dollars is a good thing. Many would quibble).

Tourism-related expenditures in Door County peaked at $467 million in 2000, and since a dramatic fall to $398 million in 2002 the peninsula’s economy has been scrambling to make its way back up the ladder. Last year the magic number bounced back to $420 million, but when the 2000 high-water mark is adjusted for inflation we’re still $126 million off the pace.

Such a staggering number makes all the anecdotal evidence one hears from shop owners and hoteliers about traffic seeming down appear to be a vast understatement.

Consider the fact that spending in the county has shifted heavily in the direction of high-priced items such as fine dining meals, wine, and interior decorating instead of drive-in burgers, gifts, and cheap hotel rooms. This leads to the conclusion that far fewer visitors must be spending much more money on fewer purchases to keep the dollar count anywhere near previous levels.

It’s in this climate that those making their living off the tourism industry in Door County have undergone an often harsh self-evaluation over the past two years.

This evaluation included reports from tourism marketing experts leading to the over-haul of the Door County Visitor Bureau, and ultimately, to the implementation of a 5.5 percent room tax to fund a vastly increased marketing effort.

Unfortunately, there are many who believe Door County must simply market its way back to prominence. This will certainly help, but there are many other factors in the peninsula’s decline beyond advertising budgets and public relations. If we fail to address them, we’ll end up attracting visitors one time, only to risk them leaving disappointed and unlikely to return.

Following are just a few points we have to come to grips with and address if we hope to regain our once lofty status.

• We aren’t all that we once were.

Change is, of course, inevitable, but it shouldn’t take anyone very long to rattle off a dozen developments and projects that were shortsighted or misguided, to put it kindly. Many of our villages have seen the environment that brought visitors in droves 10-15 years ago depleted to the point those visitors are looking elsewhere for the charms once so prevalent.

While most of our foreign workers prove to be great workers, and some even settle down here, we’re missing the boat by not working harder to recruit more of Wisconsin’s college students to work on the peninsula.

The argument against using college students is they’re not around for busy fall weekends, but what if the Visitor Bureau worked with schools to create fall internship programs in which aspiring students could learn management skills, returning for multiple years to gain expertise and earn college credit?

The University of Wisconsin–Stout, with its respected Hotel, Tourism and Restaurant Management program would seem a logical school for Door County to partner with in creating such a program. Culinary schools, or tech schools offering culinary programs, could also be a good match.

In bringing more students working toward a career in the service industry we would increase the level of service offered here, while at the same time creating a new batch of people who would likely return to the county on their own vacations in the future if they chose to leave after college.

• Clean up our doorstep.

The Nasewaupee corridor south of Sturgeon Bay doesn’t exactly scream “Top 10 Vacation Destination” with its billboards, sprawl, chain stores and strip malls. Each expert to visit the county in the last couple of years, (from Marshall Murdaugh, to Roger Brooks, to the Urban Land Institute’s Ed McMahon) has lamented the look of that stretch of Highway 57.

Though much of what has been built cannot be fixed, the county or business community could encourage businesses to use landscaping and trees to shield the less attractive aspects of development through incentives.

There are many with far better ideas than I, but how about lining the roadside with cherry or apple trees or wildflowers to welcome visitors in the spring? How about some greenery in the median of Highway 42/57 in front of the Door County Visitor Bureau offices?

• Rejuvenate ourselves as a family destination.

The experts have told us to focus on the wealthy baby boomer market, but that doesn’t mean families are to be forgotten. Even the casual observer can’t deny the long lines and waits seen at those restaurants catering to children and families.

It also may not be entirely happenstance that the decline in tourism coincided with the closing of Thumb Fun Amusement Park in 1999 and the loss of inexpensive places to feed the family. While surveys have shown that our target market doesn’t believe we’re as expensive as we may perceive ourselves to be, we could expand that target market and fill our gaps if we add more affordable options and do more to market the ones we have.

This list is the product of one who grew up in Door County when it seemed things would only get better. Tourism was growing, new businesses were popping up and old ones were improving. The highway merited expansion to bring the crowds up faster. New families were moving into Northern Door, bringing so many children to Gibraltar that it couldn’t expand fast enough.

I never imagined just a few short years later we’d have a town of empty storefronts like Sister Bay, a shortage of families, and rapidly dwindling school enrollment. But that’s what happens when a community gets complacent and expects problems to take care of themselves.

If we’re going to rebound we would be wise not to sit back and wait for a bigger marketing budget to do the work for us. We have a lot of issues, and this list doesn’t even address the state of so many of our once beautiful, sandy beaches, the lack of bike lanes or sidewalks along major, highly trafficked corridors, or even the myriad environmental and water problems associated with the development of the last two decades.

Unfortunately, our problems are not as simple as being out-marketed.