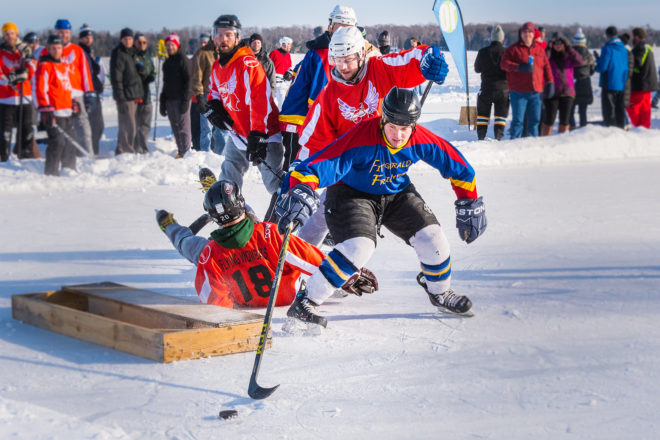 Returning teams may now reserve their spot in the 2020 Door County Pond Hockey Tournament. Registration is open exclusively to returning teams through June.

The 2020 tournament will be capped at 52 teams after the 2019 event hosted 55 teams on Kangaroo Lake. The tournament has grown enormously since it launched in 2013. Then, it was just five teams in one division. Now teams compete for the coveted Stanley Thermos in six divisions played on 15 rinks on the lake.

The tournament will be played Feb. 8, 2020. Learn more and download registration forms at DoorCountyPondHockey.com.