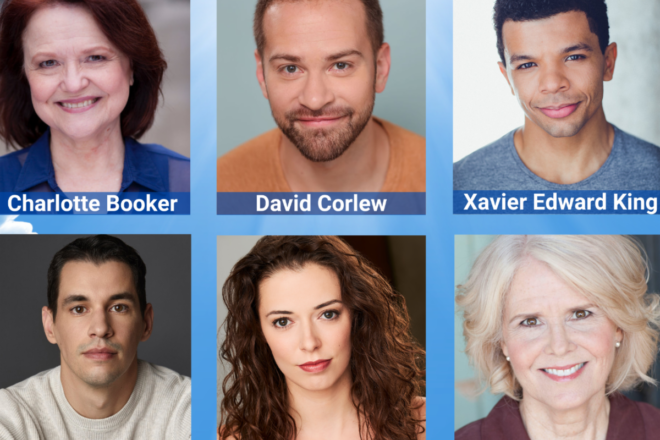 Peninsula Players Theatre has announced the cast for David Lindsay-Abaire’s comedy Ripcord, which is on stage through Aug. 14. The show contains some adult language.

The perpetually sunny Marilyn has just moved in, and the gloriously grumpy Abby immediately plots to evict her new roommate. When they make a wager for the bed by the window, escapades escalate into a duel of emotionally intensifying and outrageous pranks while they also rib, jab and expose each other’s deepest secrets. Even Marilyn’s family gets involved through a genuine wish to see the seemingly mean-spirited Abby happy.

The cast has extensive stage, film and television credits and features Charlotte Booker as Marilyn, David Corlew as Derek/Zombie Butler, Ryan Hallahan as Benjamin/Lewis/Clown, Xavier Edward King as Scotty, Eva Nimmer as Colleen/Woman in White and Meg Thalken as Abby.

The theater’s side panels, doors and vents will remain open throughout the season, so patrons should dress for shifting temperatures. Read about current safety protocols, buy tickets and learn more at peninsulaplayers.com.