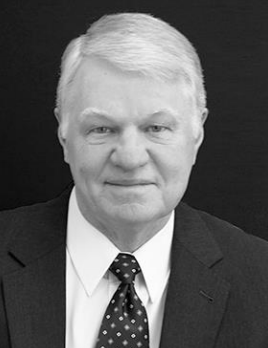 Adm. Gary Roughead was elected chair of the Fincantieri Marinette Marine Corporation’s board of directors July 10.

“His naval and defense expertise is unquestioned, and few can bring his depth of leadership and management skills to an organization,” said Dario Deste, Fincantieri Marine Group’s CEO.

Roughead was the 29th chief of naval operations from 2007 to 2011 after holding six operational commands and is one of only two officers in Navy history to have commanded both the U.S. Atlantic and Pacific fleets. He also served as the commandant of the U.S. Naval Academy; the Navy’s chief of legislative affairs, responsible for the Department of the Navy’s interaction with Congress; and the deputy commander of U.S. Pacific Command.

“We have one of the most modern U.S. shipyards, the commitment and drive to innovate in building ships to meet tomorrow’s defense needs,” Roughead said, “and above all, a top-notch Midwestern workforce that epitomizes the industriousness of the American heartland.”

Also joining the board is Rear Adm. Kevin Sweeney, who retired from the Navy in 2014 and was most recently the chief of staff for Jim Mattis during his tenure as secretary of defense. Sweeney has 32 years of operational experience, including commands of multiple strike groups and surface combatants.