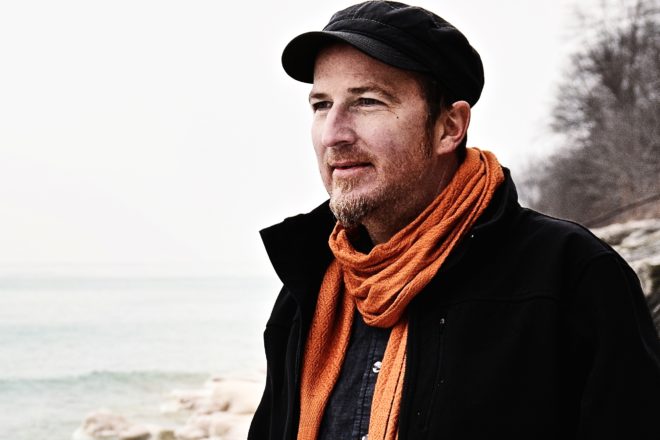 Peter Mulvey, singer/songwriter extraordinaire, returns to Woodwalk Gallery on July 28 with his accomplished guitar playing and a whole slew of original songs. Writing with humor, tenderness and poetic lyricism, Mulvey fills up hearts and minds with his music. In his performance is a coiled intensity, a subtle power that comes through his intimate husky baritone vocals.

After much success with his 2014 recording Silver Ladder, Mulvey has a new record, Are You Listening?, produced by Ani DiFranco.

Mulvey tours worldwide and is known for some quirky events like his yearly bicycle tour and 12-hour streaming concerts from various locations in the country to benefit charities. Mulvey also has a TED talk related to a songwriting experience after talking to an astrophysicist.