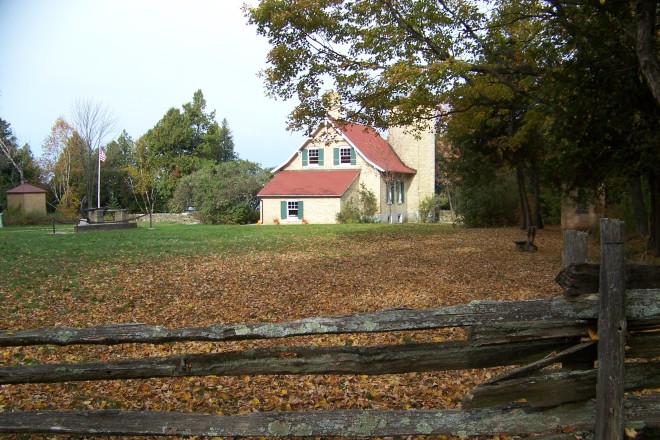 “Oftentimes we have some capacity issues in terms of our day use facilities,” said Bergey. “This helps us start to manage that.”

Bergey said the changes may encourage users to explore other, less popular parks in the system. 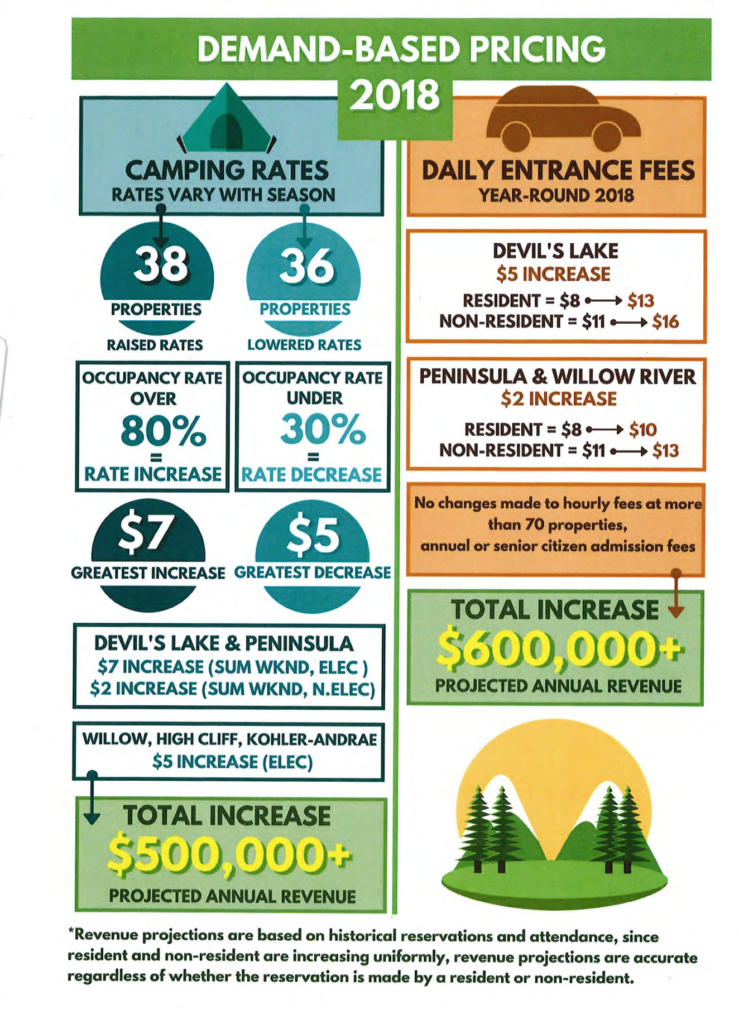 Camping fees will shift throughout the year based on past occupancy rate data. In Door County, some fees will increase while others will decrease.

Rates will decrease mostly in the spring and fall while summer rates will either increase or stay the same.

The Department of Natural Resources (DNR) began exploring the changes when the state eliminated park funding from the general fund in the 2015 budget. Bergey said the parks have had three straight years of record attendance and have an $8 million surplus in the fiscal year ending June 31, 2016.

Bergey expects a $1.1 million increase in revenue under the new model. Any additional revenue will stay within the parks segregated account. Across the country, demand-based pricing models have been implemented with mixed results. The model failed in Texas in the 1990s when park infrastructure fell into disrepair as people were priced out of the parks. New Hampshire still uses the model, but receives money from the state for infrastructure improvements.

Bergey said he does not expect the increases to price people out of Wisconsin’s parks.

“I can get access to all of our state parks for 365 days a year for $28,” said Bergey, referring to the cost of an annual vehicle sticker for Wisconsin residents. “Wisconsin state parks and forests and recreation areas still represent an incredible value for people.”

The 2017-19 state budget authorized $2 million in user fees to be used on infrastructure in the parks, most of which will go toward electrification of campsites at 20 parks, including Peninsula and Potawatomi.

Wisconsin Act 71 also provided $4.5 million in funding for water-related infrastructure in state parks through the Knowles-Nelson Stewardship Program. A portion of those funds will replace vault toilets and the camper dump station at Peninsula State Park.

Rep. Joel Kitchens said the elimination of general funds for state parks did not appear to hurt that parks in the short term.

“I was certainly skeptical,” Kitchens said. “The state parks have actually been doing really well.”

All other parks in Door County will not have any change in daily admission fees. Whitefish Dunes State Park does not have any campsites.