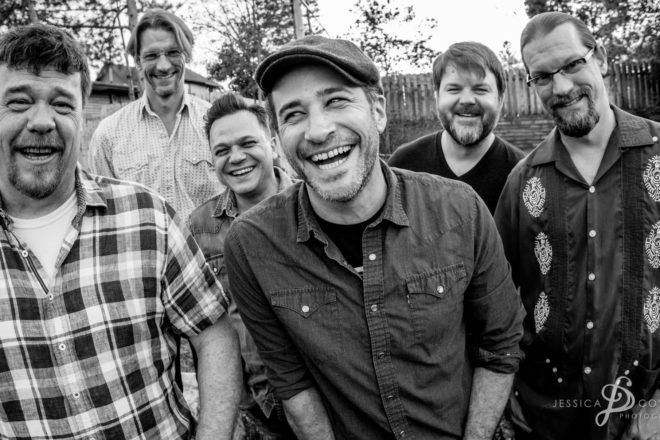 Steppin’ In It will pound out its own distinct combination of old-time country, swing and blues June 30 during the Sunset Concert Series at the Peg Egan PAC in Egg Harbor.

The prestigious American-roots band Steppin’ In It will take the Peg Egan Performing Art Center’s stage for its Sunset Concert Series on June 30, 7 pm.

Playing vintage instruments to create a sound that takes listeners back to the days of old-time radio, Steppin’ In It pounds out its own distinct combination of old-time country, swing and blues.

Michigan native Joshua Davis captured hearts with his family-man charm, soaring vocals and deft guitar playing during his top-three run on NBC’s The Voice. Since then, the singer-songwriter has combined honest lyrics, American sound and Midwestern charm to create songs with authenticity and widespread appeal.

All concerts are free and open to the public at the Peg Egan Center on Church Street in Egg Harbor. In case of rain, they are held at Egg Harbor’s Calvary Methodist Church.