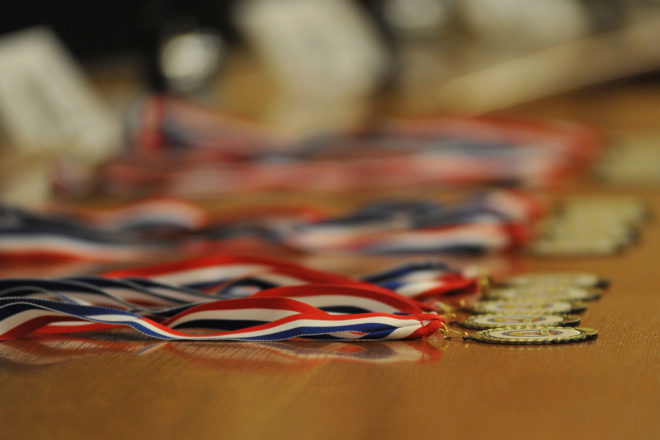 The Wisconsin Civics Games 2022 competition returns after a two-year hiatus due to the COVID-19 pandemic.

Platteville High School won the inaugural event and team members were awarded $2,000 toward tuition to a Wisconsin college or university.

The 2022 Civics Games’ regional competitions will be held virtually on Friday, April 22. The top-performing teams will advance to the state finals on Friday, May 13, at the Wisconsin State Capitol.

Teams can sign up online at wnanews.com/wisconsin-civics-games/registration/. Participants will be sent additional resources to help prepare for the competition.

WNAF board member Eve Galanter, who previously served on the Madison Common Council and as district director for U.S. Senator Herb Kohl, initially proposed the concept for the competition after learning of the increasing challenges facing municipalities that had seen a diminishing interest in public service. It was a trend that followed decades of declining civics education in schools.

Galanter’s idea coincided with the Wisconsin legislature’s adoption of a requirement that high school students pass the U.S. citizenship test to graduate — but the mandate didn’t address how school districts should prepare students. By offering study materials and resources to participants in the Games, the Foundation was able to fill this gap.

Those interested in learning more or supporting the Civics Games can receive alerts, volunteer, donate or become a sponsor.