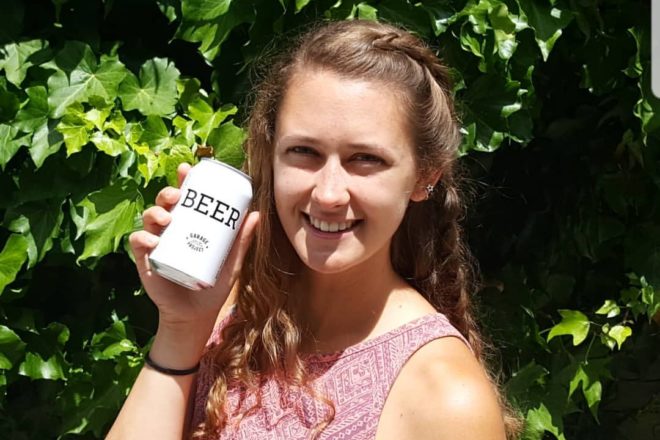 Just like wine, beer can also be kept in a home cellar to age and develop new and more complex flavors. However, there are many things to consider when choosing a beer to cellar. Each ingredient in beer – hops, malt, yeast – will develop in different ways over time to create a whole new drinking experience.

A couple of key characteristics make a cellar successful. These are a location without excessive moisture and a relatively stable temperature – between 55 and 66 degrees. Now, if you’re a Midwesterner and you’re thinking, “Wow, that sounds like my basement,” then you’re exactly right! A decent basement or crawl space is the perfect place to start a cellar as long as it meets these two criteria.

Now on to the beer. There are a few things to consider when choosing a beer for your cellar. First, higher alcohol is generally the best indicator of a cellarable beer. Six to seven percent ABV (alcohol by volume) should be an absolute minimum for most beer styles. There are exceptions for many Belgian styles, however, because their yeast provides some protection from the effects of aging.

Lighter beer will simply not hold up to the wear and tear of time, and it will taste like that Hamm’s you found in your car from last summer and decided to drink anyway. The aging process affects each ingredient differently, so it’s best to try the beer you hope to cellar and consider it step by step.

• Any bitterness from hops in beer will deteriorate, and quite rapidly. This is evident if you’ve ever tried Orval (Belgian Pale Ale) fresh versus aged. If you’ve been served this beer, it has likely been aged a decent amount of time and has an interesting, barnyard fruitiness. If you get your hands on a fresh bottle, however, it is actually quite hoppy and bitter! Big, bitter IPAs might match your ABV requirements, but without a solid backbone from malt or yeast, they won’t age well at all.

• Big, malty flavors in beer will both diminish in flavor and develop a more sweet, waxy and honey flavor. If you’ve had an aged stout with a sherry flavor similar to cordial cherries, you know what I mean. Some higher-alcohol beers such as barleywines and barrel-aged imperial stouts can be a bit too sweet and syrupy when they’re fresh, but these can make excellent additions to your cellar.

If you come across BigFoot Barleywine from Sierra Nevada, stick it in your cellar, and don’t even think about trying it until at least a few years have passed for it to achieve peak flavor. Each year, these flavors will further develop and create a very different beer, with a more dry, mild sweetness and new, complex flavors.

• Yeast is a key player in aging. Belgian beers – including low-ABV lambics – are given extra yeast to become what’s called bottle-conditioned. This keeps them alive and developing in second fermentation – the period of aging that occurs after siphoning, or transferring fermented beer to a secondary vessel.

Sour Belgian lambics that are finished with a cork are usually great for cellaring, but remember to lay them on their side to prevent the cork from drying out, which causes the beer to become too oxidized. Given enough time, slow-moving yeast such as brettanomyces can develop the famous funky flavors in Orval and many other bottle-conditioned beers.

If you’re ever in doubt about a beer’s cellarability, you can always use the internet to see what other people think!