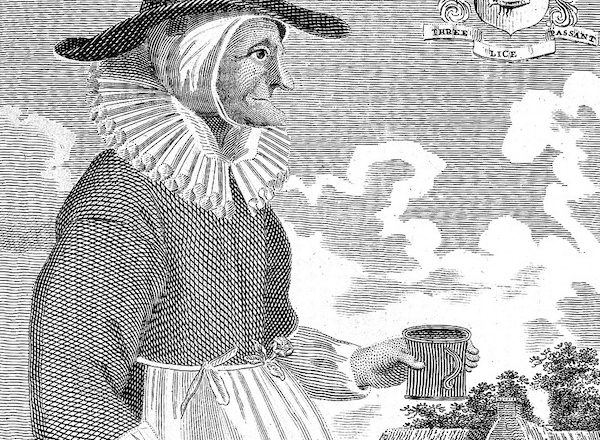 In honor of International Women’s Day on March 8, I want to talk about some of the heroes and historical icons of beer: women. For thousands of years – from its discovery until relatively recently – brewing has been women’s responsibility.

This first “woman of beer” was a goddess worshipped by the ancient Sumerians of Mesopotamia, located in the modern-day Middle East. In these god and goddess origin beliefs, this wonderful goddess, Ninkasi, appears briefly after life has been established on Earth.

This belief tracks because, as far as the Sumerians were concerned, beer provided happiness for the people, nutrients for the lower class and a safe way to drink water – and therefore, it was necessary to maintain life. The Sumerians took Ninkasi, who is both the brewer and the beer, very seriously.

Text found on the “Hymn to Ninkasi” clay tablet that dates to around 1800 BCE describes this civilization’s brewing process. And even though the tablet was created around 1800 BCE, the origins of the inscribed poem are estimated to be from at least a thousand years prior. The people responsible for cultivating brewing grains and brewing beer, as evidenced through imagery and stories, were priestesses of Ninkasi and thus, also women.

The next woman I’d like to talk about is one of Ireland’s three patron saints, who lived from 451 to 525 CE. Among the many miracles of St. Brigid of Kildare – a nun, abbess and the founder of several monasteries around Ireland – was her ability to turn water into beer. It’s easy to see why she’s considered to be one of the patron saints of beer.

Among St. Brigid’s good deeds was the time when she turned water into beer for a leper colony that had run out, and she later turned polluted bathwater into beer for clerics who were visiting the leper colony. I don’t know why the bathwater was turned into beer instead of just sanitized, but I definitely support the initiative. Another story has her providing enough beer for 18 churches from a single barrel. She even wrote a poem that tells of her desire to give a “lake of beer to God.”

We’ve missed the feast of St. Brigid this year – it’s Feb. 1 – so mark your calendar for next year, and remember to drink one for St. Brigid!

The brewing tradition continued with women at the forefront. In England, there were alewives: women who brewed beer for their family. This beer was a low-alcohol, highly nutritious drink that was a more sanitary alternative to water. Women who brewed more of this beer than their families required sold the excess to bring in an income.

Some women began brewing and selling beer as a trade, which allowed them to earn their own income and not need to rely on men. The image of an unmarried woman who made beer in a tun or cauldron; who may have had a cat to keep away mice and other pests; who wore a tall, pointed hat to be seen better in the marketplace; and who hung a broomstick outside her door to indicate the availability of beer for sale is thought to be one of the original propaganda pieces about witches in England. After all, a woman who could make a living independent of a man was a dangerous image in the society of the time.

This list is in no way exhaustive because women have played a key role in brewing since the dawn of humanity in all regions where beer has spread. These are simply three of my favorite “women of beer”: notable for their historical importance and memorable for the excellent stories about them.

Although brewing beer was a source of great empowerment for women, they were left in the dust as brewing was modernized, turned commercial, became the business of men and took on the face of men. Still, women are very much a part of the equation.