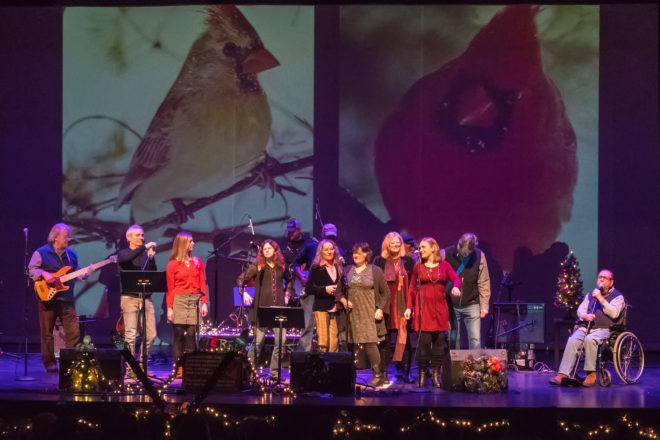 An annual concert event now in its sixth year, Play It Forward brings together some of Door County’s best-loved musicians for an evening of seasonal music that is both festive and reflective. This year’s concert is scheduled for Thursday, Dec. 27, at the Door Community Auditorium (DCA) in Fish Creek.

Baileys Harbor musician Pete Thelen was the initial driving force behind starting the concert to pay tribute to the life and legacy of Bo Johnson, a 13-year-old resident Sister Bay resident who died in 2012 after a battle with leukemia.

In 2013, the first annual Play It Forward benefit concert was held at DCA. It featured 10 bands, musicians and a poet and raised just more than $5,000 for the GO BO! Foundation, the organization founded to honor Bo and his wish to give back to those in need. Play It Forward concerts do just that: participating musicians donate their time, and proceeds are collected to benefit a worthy cause. This year, donations will again be collected for the GO BO! Foundation, as it was in the first year.

The concert is open to the community. There aren’t set ticket prices, but donations are encouraged. The show starts at 7 pm. The Door Community Auditorium is located at 3926 Hwy 42 in Fish Creek. For more information, visit dcauditorium.org.