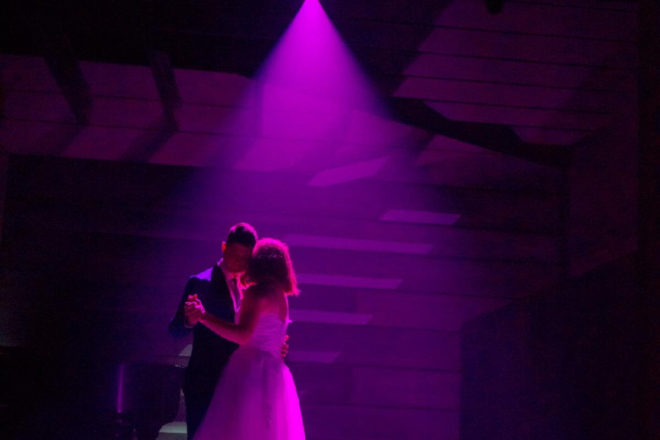 Collin O’Connor as Jamie and Allie Babich as Cathy. Photo by Heidi Hodges.

The Last Five Years is an emotional tour de force in 14 songs. The musical tells the story of a five-year relationship between Cathy (played by Allie Babich) and Jamie (Collin O’Connor) in an unconventional way: Jamie tells the story in forward chronological order; Cathy tells it in reverse; and they meet once as they pass by each other in the middle of the timeline. Accompanied by an onstage band, the songs intertwine to create a beautiful story of love, heartache, growth and change.