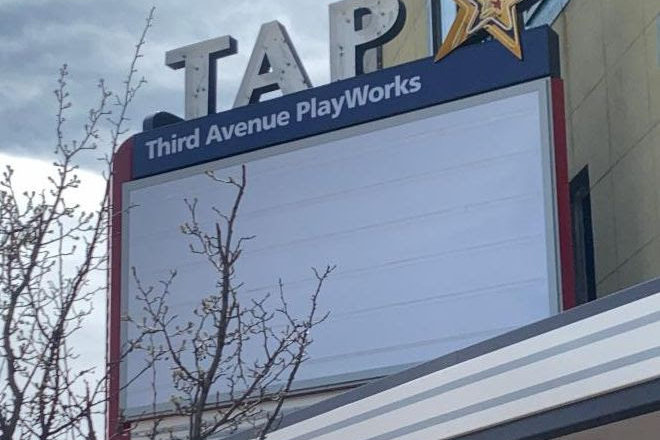 As Third Avenue Playhouse (TAP, thirdavenueplayhouse.com) oversees the renovation of its downtown Sturgeon Bay building, the theater company’s board and staff members have also been constructing a solid framework to ensure the future success of the growing organization. Through a sustainability grant from the Greater Green Bay Community Foundation, TAP hired a consultant to guide a strategic-planning process.

“A growing organization needs a refreshed mission and vision statement to accurately reflect its future aspirations,” said Steve Kane, president of the TAP board. “In TAP’s case, that also included a reimagining of the organization’s name,” so later this year, Third Avenue Playhouse plans to change its name to Third Avenue PlayWorks, which is still TAP for short.

The new name more accurately describes how the theater company has evolved during the past decade. When Robert Boles and James Valcq became the artistic directors in 2012, they transformed TAP into a regional professional theater company, producing thought-provoking, engaging shows in an up-close and personal environment.

The name change will be official when the building’s multi-million-dollar building renovation is completed later this year, but the recently reinstalled marquee already proudly displays the new name. TAP is planning a July 10 ceremony to light the restored marquee for the first time. T