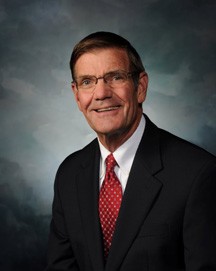 The Door County YMCA announces that Tom Beerntsen has been named as the new president and CEO. He is the fourth individual to serve in this role and will start in his new position on Jan. 6, 2014.

Beerntsen said, “I am excited to be serving in a community that I have loved for many years, having had a second home here for 16 years. It is apparent the importance of the role this YMCA plays in the lives of so many people throughout Door County. I am eager to get out and meet as many people as possible and continue the good work that is already in place.”