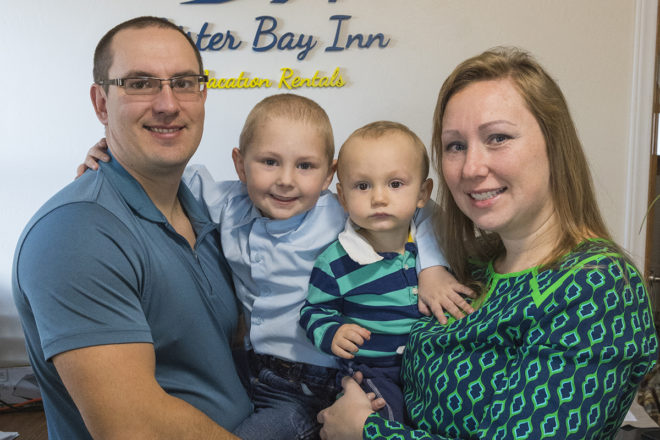 Vilius, Liudas, Benas and Alma Vaicekauskas are the new family behind the reception desk at the Sister Bay Inn. They have been busy making renovations since buying the hotel in 2016, and are also rebranding it as family friendly. Photos by Len Villano.

Vilius Vaicekauskas of Sister Bay had driven by the Voyager Inn on Highway 57 hundreds of times. But one winter day, he thought to himself, “This place has potential.” He began telling his wife, Alma, that they should buy it.

“After 10 years in the hospitality industry, we wanted to have our own hotel,” he said.

Alma wasn’t so sure. The hotel had been for sale for years, and from the outside, looked like it had seen better days. But Vilius persisted. “I am like the match, with ideas,” he joked. “And she is the water.” Nevertheless, the couple purchased the business on April 29, 2016, and reopened as the Sister Bay Inn on May 19, 2016.

In that time, they removed six-foot berms that blocked the view from the road, replaced the roof and parking lot, rebuilt decks and railings, put in a new hot tub and pool, and did electrical work. “That was a pretty crazy 20 days,” said Vilius. 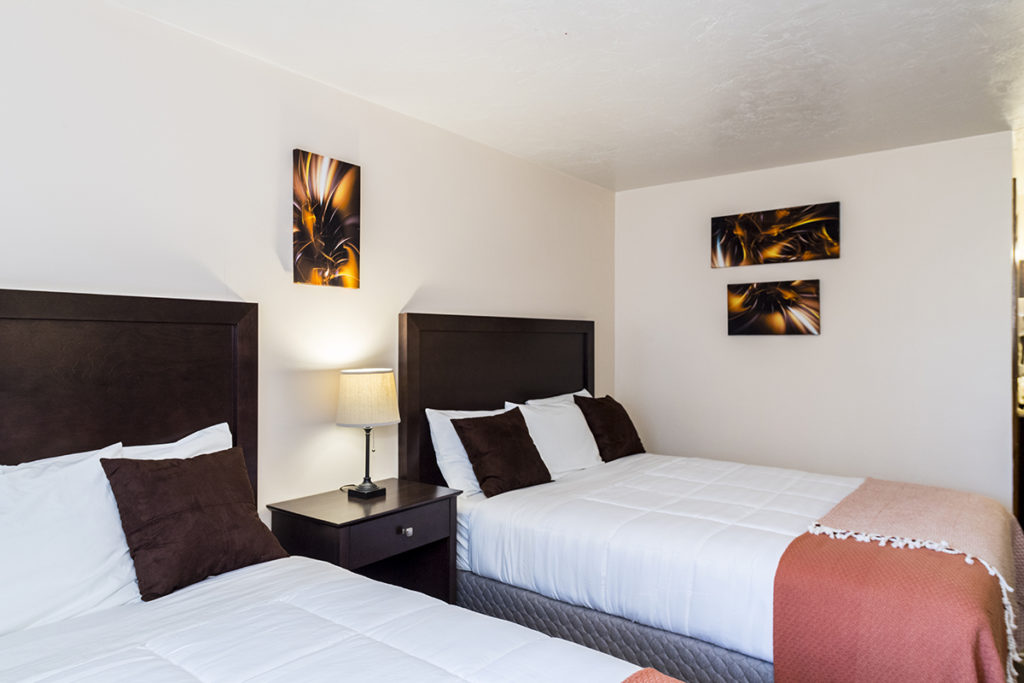 Vilius and Alma are no strangers to hard work. Growing up in Lithuania in the former Soviet Union, they saw their parents work hard with little to show for it. In the summer of 2004, they came to Door County with international student work visas. Vilius worked six jobs, and Alma worked four. On their rare days off, they often picked up extra hours working farm fields or babysitting.

“By the end of the summer, we were fried,” said Alma. “We worked so much, we said we were never coming back.”

But Door County had cast its spell on the young couple. Despite working more than 80 hours a week, Vilius and Alma had bought an old motorcycle and enjoyed exploring the natural spaces and quiet country roads of the peninsula.

In 2006 they returned to the county, lured by a job offer to manage a hotel. They were also encouraged by friends like Lars Johnson, who became one of their mentors and helped them obtain their U.S. citizenship in 2013. Now they’re raising their two young sons, and living the American Dream of owning their own business.

The Sister Bay Inn has 29 newly remodeled rooms, and the Vaicekauskases are proudly rebranding the hotel as family-friendly.

“It’s a great place for kids, with the pool and plenty of open green space for running and playing,” said Alma. Alma and Vilius wanted more time with their own children, and operating an inn allows them to meet and interact with their customers as a family. “For us, family comes first.”

Though only in their second season, the inn is already enjoying plenty of repeat business.

“We had some people who came back three times in the first summer,” said Alma. “They liked checking in with us to find out what was new. They were excited to see the changes.” 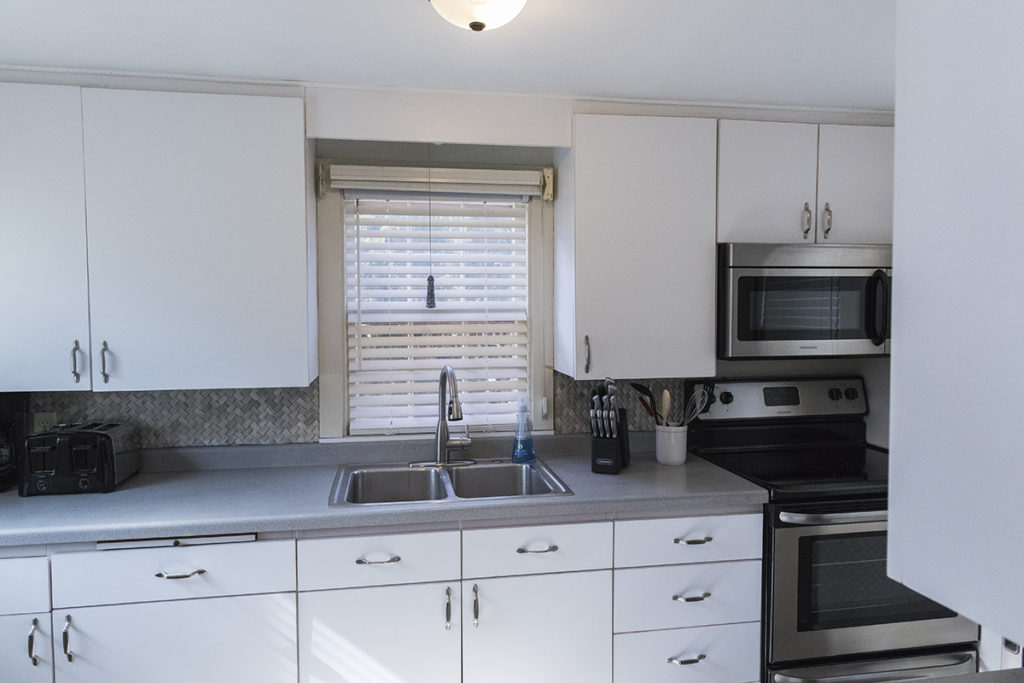 In addition to the hotel, Vilius and Alma also own and manage several vacation rental homes. “Our goal is to bring the quality of the Sister Bay Inn in line with what we have in our rental homes:  comfortable, modern and warm.”

They’re well on their way.

Most of the renovations have been done by the couple themselves, with Alma providing the design and Vilius, along with a trusted group of local friends, doing the labor. Vilius is handy laying tile, putting up drywall and even plumbing. “I learned all of it on YouTube,” he said.

Alma and Vilius are eager to offer work opportunities to young international students, just as they were given the chance to come to Door County to work.

“That first summer here changed our whole lives,” said Alma. This summer their staff includes young people from Spain, Turkey and Ukraine. “We also encourage the students to not just work all the time, but to enjoy Door County.”

They are quick to credit the community with helping them achieve their success.

“Other business owners, including hotel owners, have been so supportive,” said Vilius. He and his wife plan to continue making improvements, year by year. “This place is nothing fancy, but it’s like home. It’s a simple getaway.”

“We call it our sleeping beauty,” said Alma. “We are waking it up.”