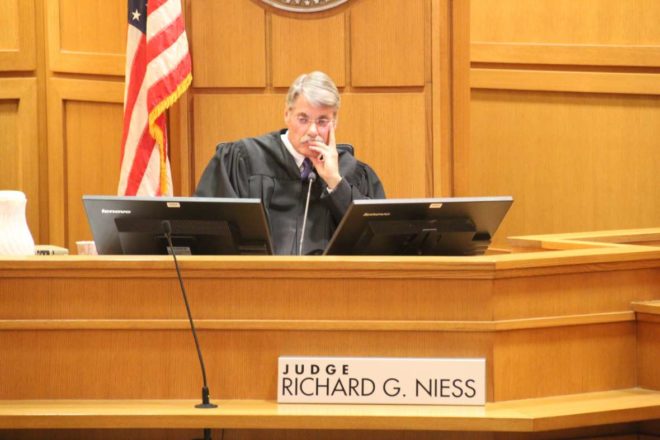 Can you guess the name of the elected official who was elected to two previous positions in special elections?

Now Walker and the GOP legislature are trying to find a way around special elections for the empty 1st Senate District and 42nd Assembly District that two Dane County judges have ordered them to call. An appeals court ruled on Wednesday that Walker must meet the March 29 deadline and call for elections.

Their reasons for wanting to change the state’s special election laws?

But observers charge that Walker and the GOP are afraid special elections will continue the Democratic wave that followed Trump’s election in 2016.

The legislative machinations continue with AB 947, which was drafted to undermine the two court decisions and does away with the current language that the governor “shall call special elections as promptly as possible.”

Several Republicans, many Democrats and others on the sidelines  such as the League of Women Voters – see this as a GOP legislative power grab.

“In particular, we oppose this effort to undermine a court decision by changing the rules retroactively,” the LWV wrote in a statement.

“This legislation burdens citizens in two current districts who don’t have representation even right now as this current Extraordinary Session considers their fate,” the LWV statement continued. “The voters in Senate District 1 and Assembly District 42 had the right to elect new representatives upon the resignation of their legislators, and this matter should not be considered without their representation. Others have noted that residents of the affected districts can still contact their legislative offices for basic constituent services. That is well and good, but it gets to the difference between constituent service and governance. If legislative staff can provide public service without input from the lawmakers themselves, we could save a lot of taxpayer dollars by going to a part-time legislature.”

Assemblyman Joel Kitchens is not a proponent of special elections for the two empty seats, but he also doesn’t think it’s a good idea to change the election law while tied up in the court system.

“Honestly, if I had my way, I wish we did as most governmental bodies do,” he said. “The governor, whether Democrat or Republican, appoints somebody to fill it out until the next election. I wish we had that. I’m going to have to look into how we go about that. It just makes sense.”

In the meantime, on March 27 Dane County Circuit Judge Richard Niess reiterated what Circuit Judge Josann Reynolds had determined just four days before – that Gov. Walker has a duty to the voters of the two unrepresented districts to call special elections, and he was ordered to meet Judge Reynolds’ timeline of setting an election by noon on March 29 (after Pulse press time).

Judge Niess also commented on the poor reasoning of the GOP leadership when he said he has great faith that the voters in the two districts have the intelligence not to be confused by calling a special election.

He called Reynolds’ ruling “spot on.”

The March 27 court date was called for by Walker and the state Department of Justice in an effort to delay the requirement to a call a special election until after the governor had called a special legislative session to rewrite the election laws to fit the governor’s original interpretation, which Judge Reynolds had deemed “absurd.”