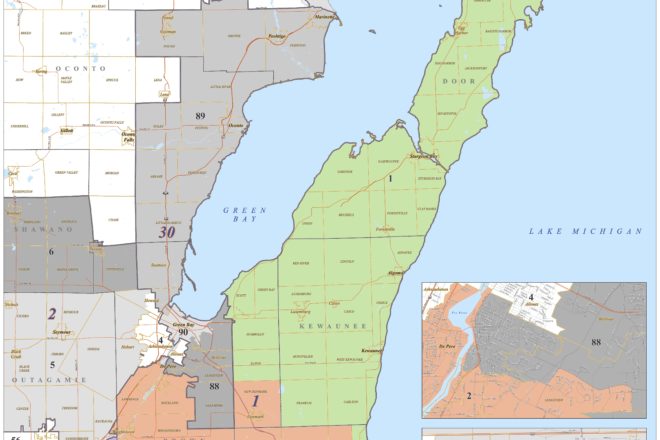 Depending on who you talk to, constituents of the 1st Senate District and 42nd Assembly District are either getting short-changed as far as political representation goes, or our thrifty Governor is saving taxpayer money by not holding a special election to replace the two Republican legislators who abandoned their political careers and accepted positions with state government.

Former 1st District Sen. Frank Lasee went to work as administrator of the Division of Worker’s Compensation for the Dept. Of Workforce Administration. Former 42nd District Assemblyman Keith Ripp took the number three position at the Dept. of Agriculture, Trade and Consumer Protection.

Both men stepped down at the end of December. Had they resigned Jan. 1, instead, state law would have required a special election be held, but resigning before that left the decision to Gov. Walker, who has decided to leave the seats open until the November election.

“Regarding state statute, our decision is consistent with the law,” wrote Walker spokeswoman Amy Hasenberg in an email to the Pulse. “The statute requiring a special election applies if a vacancy occurs in the year of the regularly scheduled election. Since Senator Lasee and Rep. Ripp resigned in 2017, special elections are not required.”

Hasenberg went on to say that special elections for those seats “would be a waste of taxpayer money” because the seats would not be filled until after the Legislature adjourns.”

But that supposes a legislator’s work is done when the legislative session ends, which is not the case.

Hasenberg pointed out that constituents can still contact the staff in both Lasee’s and Ripp’s former legislative offices if they have questions or concerns.

“We’re still here to cut through government red tape for people and answer any questions,” said Tricia Seig, who leads the staff that includes Rob Kovach and Eric Searing.

Two key Democrats, riding high after the decisive Democratic win in a traditionally Republican district during the Jan. 16 special Senate election, wrote a letter to Gov. Walker calling for a special election in both empty districts.

“My concern is that residents in the 1st Senate District will ultimately go approximately a year without representation,” Senate Democratic leader Jennifer Shilling of La Crosse told the Pulse.

Shilling said she feels the Governor is ignoring the fact that a legislator is elected to do more than attend the legislative session.

“In some ways, the Governor is very dismissive of the work that still happens in the legislature,” Shilling said. “There are numerous legislative committees that still meet through the summer and fall, crafting legislation to introduce in the next session.”

Shilling, who won her own special election in 2011, said she is proud of voters in northwestern Wisconsin who have elected strong women to represent the Mississippi River border communities – including herself, Senator-elect Patty Schachtner (who is the third consecutive woman to hold that position since 1993), Sen. Kathleen Vinehout and Sen. Janet Bewley.

Assembly Minority Leader Gordon Hintz of Oshkosh also called on Walker to hold a special election for the two seats in the spring.

“We feel the people of those districts deserve representation,” Hintz told the Pulse. “I think we’ve demonstrated with the three elections that were held (Jan. 16). These were scheduled in a relatively short eight- to nine-week period. There’s no reason we can’t do that again in the spring.”

Hintz said his party feels energized after the special election.

The 1st Senate District was originally made up of Door, Kewaunee, Oconto and Shawano counties. Today the district includes Door and Kewaunee counties as well as parts of Brown, Calumet and Manitowoc counties. Fourteen Republicans, three Democrats and one Progressive (who used to be a Republican) have served since 1877.