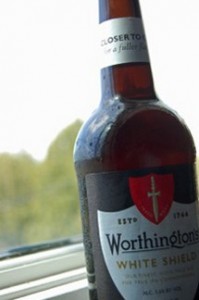 Is anyone else getting tired of the punch-in-your-face hop stylings of American craft brewers?

These hopped-up double and triple “Imperial” India pale ales that everyone is making today lack any subtlety and balance. Ultimately, they become as boring as mega-lagers in their pigheaded sameness. I think Hopheads have taken over the industry and distracted it.

India pale ale – or IPA – is a style of beer that was developed out of necessity. English colonists in India craved the beer from back home, but traditional ales could not stand up to the long, hot voyage from England to India.

Sensing a large, untapped market, British brewers set to work on a new style of beer that could withstand the months of travel and temperature changes involved in transporting kegs of English ale to the British colony in India.

They had two elements of beer working in their favor – both alcohol and hops are preservatives. So brewers added more malt to their standard pale ale to boost the alcohol content, as well as more hops, figuring that the long trip was just the conditioning time needed for all the elements to balance.

Unless we duplicate recipes and conditions, we’ll never know exactly how those late 18th and 19th century India pale ales tasted. But knowing how Brits cling to tradition, if an English brewer is making an IPA, I’m guessing it’s closer in style to that original IPA than the hop-crazed IPAs of the American craft industry.

So, when I want a true “IPA connoisseurs’” beer, I search for Worthington’s White Shield, a bottle-conditioned IPA made in the historic pale ale town of Burton-Upon-Trent, which is also the home of Bass. Worthington’s began has a brewery in 1744 and its IPA has been a staple of the lineup since 1827. The liner notes claim it is one of the “UK’s most heavily decorated ales,” which includes numerous awards from the British Campaign for Real Ales (CAMRA).

The first thing you’ll notice upon opening the 16.9 ounce bottle is a soft floral aroma.

The taste of this delightful ale could be the very definition of subtlety, with hops and malt in perfect balance. This is session beer at its very finest.

In 1927, exactly 100 years after Worthington’s started brewing its IPA, Bass acquired the brewery. Bass was acquired in 2000 by Belgian brewing giant InterBrew (now known as Anheuser-Busch InBev). Concerns of a monopoly forced InterBrew to sell two Bass brands – Carling and Worthington. The buyer was Coors, which is now called Molson Coors.

I mention all this not to drop a bunch of megabrewer names but to alert you to the fact that since a North American company owns the Worthington brand, you should have an easier time of finding this truly exceptional beer.