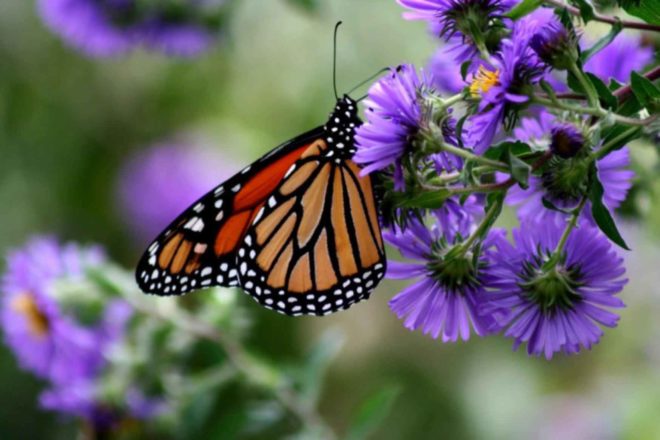 Many of us consider home to be just one location, a place where we share precious memories with those we love. For many animals however, one location will not do. Instead, some need two homes, one for the summer and one for the winter. Many species are following their ancient tradition of gathering and heading south.

The Nature Conservancy is protecting the forests, wetlands and habitats that many of these species rely on to rest and refuel during their sometimes arduous journeys. To celebrate the wonder of migration, we have created a list of the “Top Five Fun Fall Migrations” in Wisconsin.

We hope you will enjoy reading about this amazing process that sometimes still baffles scientists today and shows the beauty and wonder of our natural world.

The monarch is the only known butterfly to make a two-way migration as birds do. It is incredible that such a small animal (weighing less than a penny) can travel as far as 3,000 miles to reach its winter home. Every year monarchs in the eastern United States merge into a central flyway on their journey to the mountain hillsides in Mexico’s Oyamel fir forests.

Still a mystery to scientists, it is believed that the monarch uses a combination of directional aids such as the Earth’s magnetic pull and the position of the sun to travel. The biggest mystery, however, is how monarchs that have never been to the Mexican forests find their way.

As fall progresses, you can help scientists learn more. If you spot monarchs this fall, especially when there are clusters of them, you can report your findings as part of a citizen science monitoring project (fs.fed.us/wildflowers/pollinators/Monarch_Butterfly/citizenscience/index.shtml). Hear more about monarchs at nature.org/photos-and-video/video/nature-notes-amazing-monarch-migration. 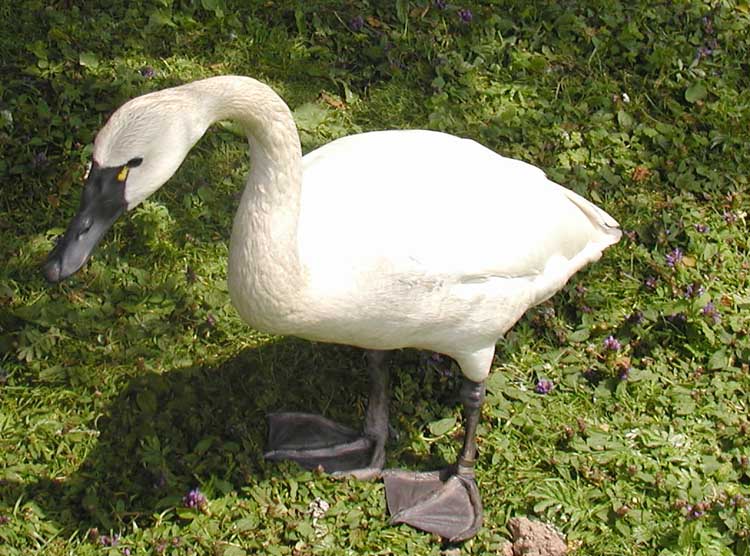 Wisconsin is a great place to observe the migration of the tundra swan. The Upper Mississippi River, as well as the shores of Lake Michigan, are situated on the flyway for the eastern population of tundras on their journey from the Arctic coast to the mid-Atlantic coastal region.

The tundra swan was first described by Lewis and Clark on their famous expedition. Today they are the most common species of swan in North America and can be identified by the characteristic whistling of their wings and an almost fully white body.

You can learn more about this beautiful bird on our tundra swan podcast (nature.org/photos-and-video/video/nature-notes-tundra-swans-on-the-mississippi-river.xml). 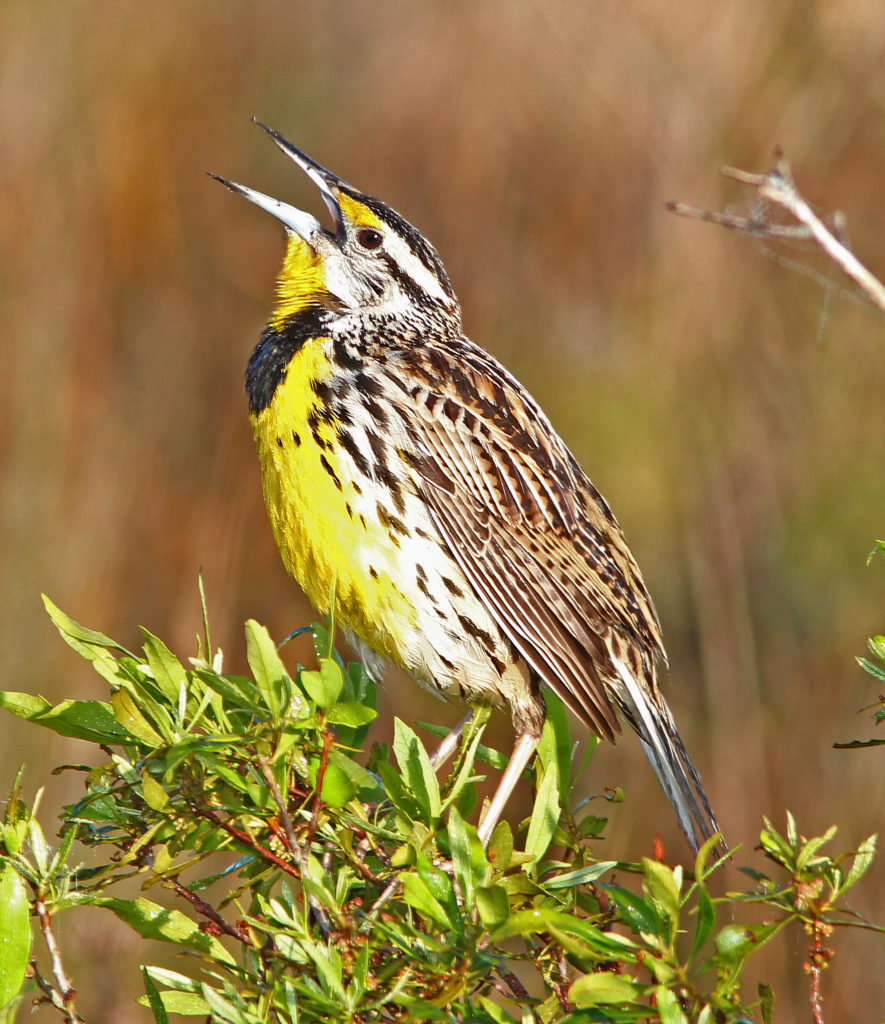 Eastern meadowlarks prefer prairies and other native grasslands; they can also be heard singing from atop fence posts and telephone lines. Meadowlarks and other grassland birds were once a common sight in Wisconsin. But their populations have declined precipitously as Wisconsin’s native prairies and savannas were plowed and converted to other uses. Hear more about meadowlarks at nature.org/photos-and-video/video/nature-notes-grassland-birds-nesting.

A less well known migratory species is the green darner dragonfly. Darners are one of the largest dragonflies, with bodies more than three inches long and a wingspan of 4.5 inches. They are truly aquatic insects, relying for all life stages on freshwater such as ponds, lakes, slow-moving streams and marshes. 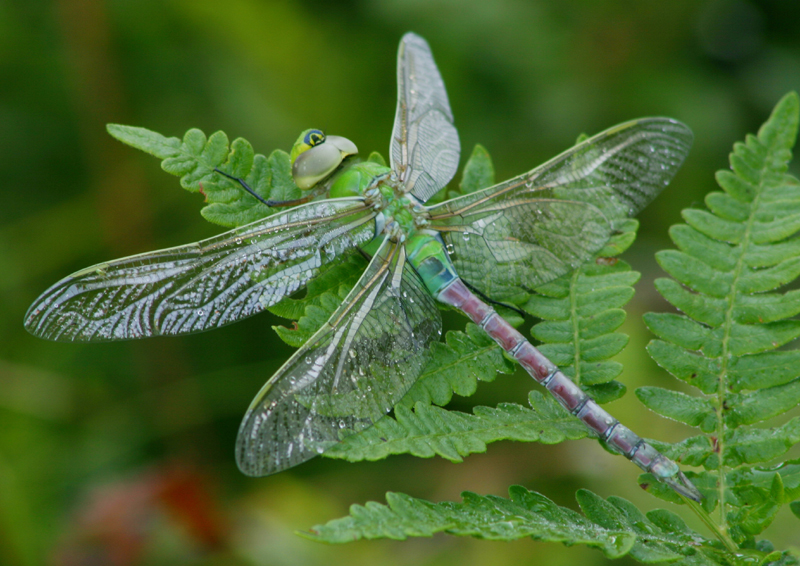 In late summer, darners migrate south in large numbers. They don’t return in the spring, but their offspring do. Scientists understand less about the green darner’s migration than they do about other species like birds or the monarch butterfly. They have been observed, however, to travel as far as 90 miles a day!

A great spot to see darners is in the many marshland habitats near Green Bay and the Sheboygan River. You can also help scientists understand more about the darner’s migratory behavior by visiting the Migratory Dragonfly Partnership online and sharing your observations (migratorydragonflypartnership.org). 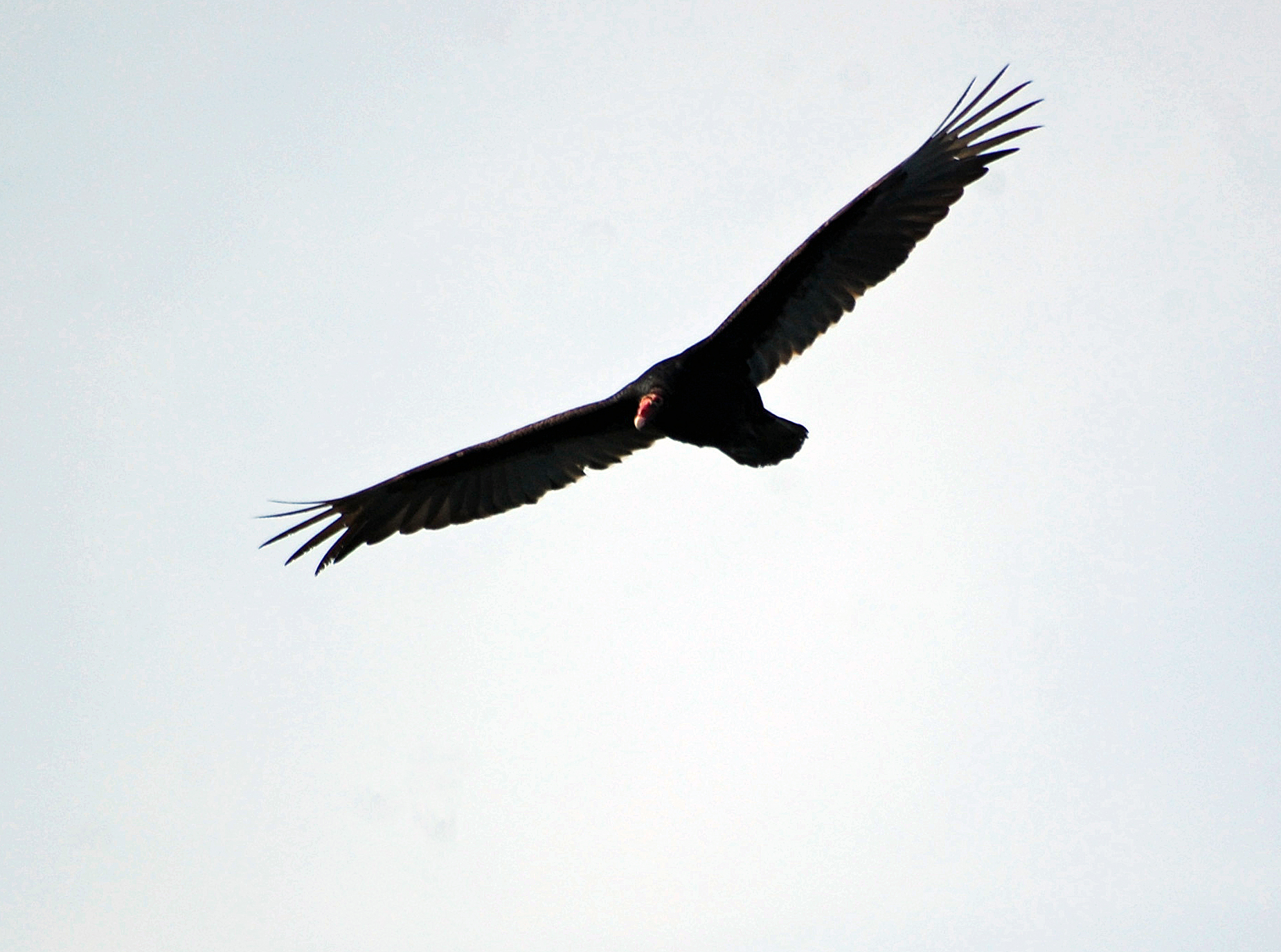 Turkey vultures have been around since prehistoric times and are one of nature’s ultimate recyclers. They feed mainly on carrion, or dead animal flesh, which they find using their keen eyesight and sense of smell. They can eat rotten, diseased carcasses and not get sick, playing an important role in reducing the spread of diseases.

Turkey vultures are known for their effortless gliding flight and bald red head. They can be seen circling air thermals off uplands and rocky cliffs. This fall look for turkey vulture congregations on a warm, sunny day. Hundreds of these birds soaring in circles is truly a sight to see. After meeting up and stocking up on food reserves, turkey vultures will migrate to their winter homes in South America. Hear more about these amazing animals at nature.org/photos-and-video/video/nature-notes-turkey-vultures-soaring.

Wisconsin Nature Notes is the work of The Nature Conservancy in Wisconsin and Mind’s Eye Audio in Madison.