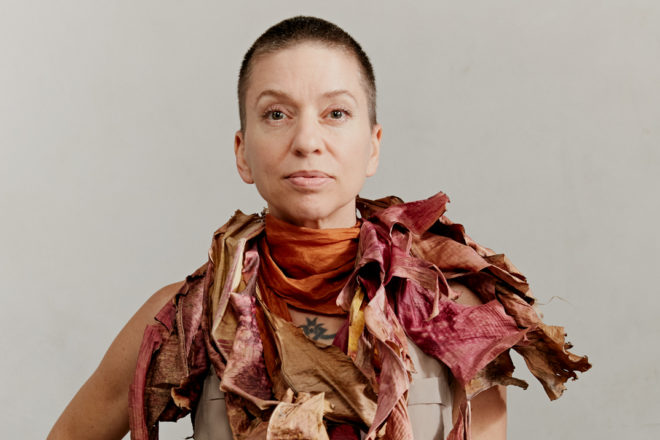 Some musicians have a way of time-stamping your life. You remember exactly where you were, what the day was like and the people you were with in the moment when you first heard a particular song.

Ani DiFranco is one of those artists for me, with she and her song “32 Flavors,” from her sixth studio album, Not a Pretty Girl, entering my life in 1995. It was the same year I discovered Lisa Loeb, Tracy Chapman, Indigo Girls, Sarah McLachlan and Natalie Merchant, among others – a cast of strong, female singer-songwriters who went on to influence my playlist for the next 25-plus years.

Aside from DiFranco’s clear, brilliant voice and catchy, finger-picking guitar playing, her songs feature lyrics with meat on their bones and a keen awareness of the world they inhabit. The song that introduced me to DiFranco struck a chord – quite literally – with my 13-year-old self, its lyrics shining a spotlight on the cultural judgments, expectations and Catch-22s placed on women.

There’s a timelessness about her music as well – songs from her early albums of the 1990s continue to play with relevance decades later – perhaps because the words she puts into song draw so much from the social and political happenings of the world.

Recognized as a trailblazer, DiFranco hopped genres before all the cool kids were doing it, finding ways to explore folk, jazz, roots and rock. The Washington Post has called her “the greatest folk-rocker of her generation,” and The New York Times has hailed her as “a fiercely independent folk singer in punk clothing, a writer of feminist anthems, protest songs and clear-eyed explorations of the messy side of love.” Amen.

When it comes to her more recent work, DiFranco’s 22nd album, Revolutionary Love, released in 2021, feels familiar to those who have followed her music for decades, but fresh to those who may only just be discovering her. The title track, “Revolutionary Love,” sets the album’s agenda, which, throughout the 56-minute runtime, addresses the concept of love in three forms: loving ourselves, loving others and loving our enemies (real or perceived).

On Sunday, Aug. 7, DiFranco will take the stage at Door Community Auditorium in Fish Creek for the first time, with special guests The Righteous Babes – Gracie and Rachel, Zoe Boekbinder, and Jocelyn Mackenzie – performing as well. Together, these artists will unite for a special ensemble performance, collaborating on one another’s songs arranged specifically for this tour with DiFranco.