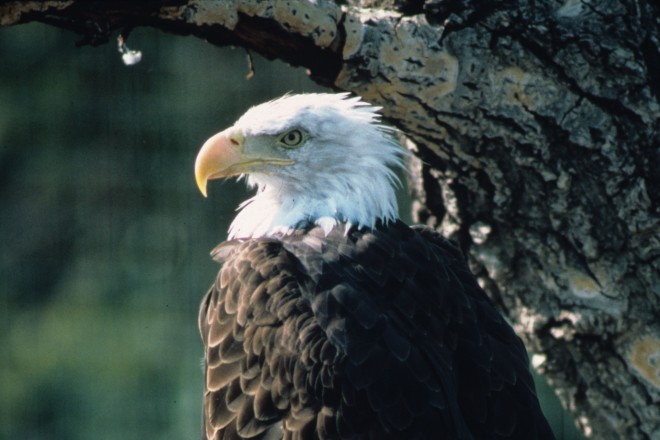 Local birding experts all agree that Door County is a special place for birds and bird watchers. Consider

Door County’s geological diversity: the combination of limestone cliffs, sand dunes, boreal forest, deciduous forest, cedar swamps, bogs, lakes, bays, and open farmland; “all of those things spell multiple species,” says local birder Willard A. Hartman. “We’re in a better position than most interior regions of the U.S. because of that habitat variety.”

Indeed, with the county’s 250 miles of shoreline, 13 inland lakes, and 21 offshore islands, it is a veritable paradise for birds. People interested in birding will also find Door County to be paradise, as thousands of acres of bird habitats are protected and open to the public. Hartman notes, “We are really lucky that so much habitat is protected in Door County, both along the shore and in the interior of the county, by organizations such as the Wisconsin Department of Natural Resources, the Door County Land Trust, The Ridges, The Nature Conservancy. It’s remarkable what’s being protected here and what’s accessible to the public in comparison to other areas of the country.”

In addition to its geology, Door County’s geography is attractive to many bird species. The county’s latitude produces migratory birds from South and Central America in the summer and from the Arctic and Canada in the winter. So, like Door County’s human residents, bird species are categorized as being year-round, summer, winter, or transient residents. Paul Regnier, Executive Director of The Ridges Sanctuary, states, “While birding is good in Door County year-round due to the wide variety of species and resident types, spring – defined as May and early June – is the best time of year to be birding in the county, mainly due to migration patterns,” a pronouncement with which Charlotte Lukes, a well-known local birding expert, heartily agrees.

Three hundred and fifteen (315) species of birds have been recorded in Door County – a significant number considering that a total of 434 bird species have been recorded in Wisconsin, and 934 in the area comprised by the lower 48 states, Canada, and Alaska. Even inexperienced birders can often recognize many of the bird species commonly found in Door County, such as Ruby-throated Hummingbirds, Great Blue Herons, Turkey Vultures, Northern Harriers and Red-tailed Hawks, American Kestrels, Sandhill Cranes, Belted Kingfishers, Indigo Buntings, and Northern Cardinals, not to mention the many species of gulls, ducks, swans, and geese. And, although not considered common in occurrence, the Pileated Woodpecker is another easily recognizable species found here.

Despite the encouraging diversity of bird species and habitats found and the laudable protection efforts underway in the county, we humans still need to be mindful as we share the peninsula. Both Hartman and Lukes say that loss of habitat – primarily due to human intrusion – is an issue about which Door County residents and visitors should be aware. Of particular concern in recent years is the loss of open fields due to tree planting, tree reemergence, or the creation of large lawns – bird species dependent on fields, such as Upland Sandpipers, Eastern and Western Meadowlarks, Bobolinks, and certain Sparrows, are declining in numbers in the county. So, enjoy everything Door County has to offer birders, but do keep in mind the American Birding Association’s admonishment that “everyone who enjoys birds and birding must always respect wildlife, its environment, and the rights of others.”

1) Door County Festival of Nature. Memorial Day Weekend, 2005 dates: May 26th through 28th. Sponsored by The Ridges Sanctuary, the Door County Land Trust, The Nature Conservancy, The Clearing, and Crossroads at Big Creek, this annual festival’s slogan is “exploring wildflowers, birds, and conservation .” A link on The Ridges’ website www.ridgesanctuary.org provides information on the weekend’s activities, or you can e-mail [email protected]

3) Seasonal bird watch counts. If you are an avid birder and record most or all of your sightings, you may wish to participate in one of the Seasonal Bird Watch projects: spring, March 1st through May 31st; summer, June 1st through July 31st; fall, August 1st through November 30th; and winter, December 1st through February 28th. The study asks that you report each species that you saw during the study period and the first and last day that you observed each species. For further information, contact Charlotte Lukes at [email protected]

4) Crane count. This annual event is usually held on the third Saturday in April. Contact The Ridges Sanctuary at (920) 839-2802 for more information or to be placed on the mailing list.

5) Christmas bird count. There are three Christmas bird count projects held annually in Door County. Each count covers a specific geographic area in the county. The volunteer is expected to spend a minimum of eight hours in the field on the official day of the count and to report a tally of the species and numbers that were observed. Counts can also be done at home, watching and counting at bird feeders. Contact Charlotte Lukes [email protected] if you are interested in participating in either the Sturgeon Bay or Southern Door counts, or Paul Regnier [email protected] if you are interested in the Northern Door count.

The American Birding Association website www.americanbirding.org contains a detailed Code of Birding Ethics. This code provides guidelines for birders attracting birds to their own property as well as those participating in an individual or group birding outing. In general, proper birding etiquette requires that you make sure to 1) keep your distance from “nests and nesting colonies, roosts, display areas, and important feeding sites, ” 2) “limit the use of recordings and other methods of attracting birds, ” and 3) “use artificial light sparingly for filming or photography.” www.americanbirding.org, Code of Birding Ethics.)

French Jesuits first recorded White Pelican sightings in the 17th Century. After the arrival of European settlers in northwest Wisconsin, the migratory birds seemed to disappear from the area. Sometime in the last ten years they seemed to re-discover a couple of small islands along the peninsula as suitable summer locales. Birders are thrilled to see yearly numbers of these large beautiful birds growing. White pelicans migrate south in fall, many choosing Florida as their winter residence. This group was photographed off the shore of Jack Island last year.

1) A Guide to The Birds of Door County, Including A Check-List and Best Public Birding Locations, compiled by Willard A. Hartman, Barbara Stover, Charlotte Lukes, and Susan Peterson; published by The Ridges Sanctuary, Inc., 2004. This spiral-bound booklet is a compilation of decades of data from multiple sources, including organized seasonal counts by multiple volunteers over multiple years, Christmas bird counts over multiple years, personal observations from the compilers, and published historical data. It lists the 315 bird species that have been recorded in Door County, noting their occurrence, seasonal status, nesting activity, and migration patterns. It also provides, by town, over sixty birding locations in Door County. Copies may be purchased at The Ridges Sanctuary or at Passtimes Books in Sister Bay.

3) Wisconsin ‘s Favorite Bird Haunts, Revised Edition, compiled and edited by Daryl D. Tessen; published by The Wisconsin Society for Ornithology, Inc., 2000. In this book of Wisconsin birding locations are descriptions written by Roy and Charlotte Lukes – considered the experts on birds and birding in Door County – of over two dozen good sites for bird watching in the county.

4) Door County’s state parks. Although they do not have birding experts on staff, you can contact any of the five state parks (Potawatomi, Peninsula, Whitefish Dunes, Newport, Rock Island) to see if they know about any recent unusual bird sightings.