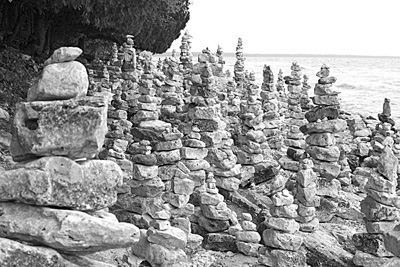 Fig.1 – View of a portion of the cairn “forest” at Cave Point. Submitted.

Editor’s note: Prompted by an Oct. 12 agenda item for a meeting of the Door County Airport and Parks Committee, contributors Paul Burton and Megan Lundahl share their perspectives on environmental art. The agenda item in question was the issue of building cairns at Cave Point County Park. Lundahl, a Door County supervisor, initially requested the item to be placed on the agenda. The committee decided not to act on the cairns, with committee member Ken Fisher saying, “It’s considered artwork all over the country.” Burton weighs in on environmental art and its place in Door County.

Eco-Art, Land Art, Earthworks and Environmental Art are names applied to a growing movement in America that celebrates our relationship with nature by creating arrangements of natural and inanimate objects from the world around us. Usually created outdoors, such art is often site specific and ephemeral, meaning that it is constructed with materials found at the place it was created and that, with time, the assemblage disappears.

Children create versions of environmental art when they build a “fort” out of sticks and small tree limbs. Farmers create corn mazes that attract maze lovers from all over the United States. Called “mazies,” these enthusiasts travel from state to state to sample mazes that change every year. Door County has a maze in Carlsville at Schopf’s Hilltop Dairy, where, for 16 years, the family has gathered in January or February to plan next season’s maze. Typical of many kinds of environmental art, their maze is site specific (on up to 30 acres) and exists for only one season.

Another example of environmental art in Door County is the forest of cairns (Fig. 1) that “grows” along the shore near Cave Point in Whitefish Dunes State Park. Walk north a short distance along a tree-rooted trail from the Cave Point overlook, and then look down along the shoreline. What you see is a truly remarkable array of more than 150 cairns. To most viewers it is an astonishing sight and to some it is a spiritual experience.

The cairns go on and on – some small, some approaching six feet in height, some precariously stacked and vulnerable, others built to weather a storm. A few along the water’s edge are already being undermined by wave action and may be gone tomorrow. In fact, because of snow and ice, the entire forest will collapse over the winter, but the stones will remain on site for next year’s crop of cairn builders. This is environmental art at its best.

For thousands of years, cairns have served mankind. They have designated ownership boundaries of the land; marked trails; signaled places of special meaning where a long forgotten event occurred; and they often served as headstones marking a burial site, perhaps in a remote place where stones were the only objects resistant to decay. The largest cairns ever built were the pyramids of Egypt, but studies show that they are decaying over time. It’s hard to think of the pyramids as ethereal, but given enough time even they will disappear. 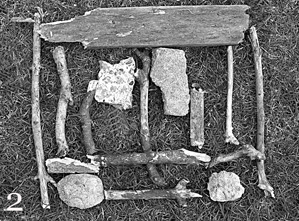 Fig. 2: A simple piece of environmental art created with sticks and stones by an untrained “artist.” Submitted.

Today an impressive assemblage of cairns can be found in Sedona, Arizona, a place that also claims the existence of four vortexes where some people can sense the earth’s energy swirling around them. Vortexes are often associated with water. One is located beside a river near a formation called Cathedral Rock. People standing along the river’s rocky shoreline have responded to the energy of the place by erecting cairns, and today there are thousands.

Perhaps the cairns at Cave Point are associated with a vortex, where some people sense the earth’s energy and are uplifted. Standing over the big cave at Cave Point during a storm, most people sense the water’s energy as wave after wave pounds the caves, accompanied by thunderous sounds. Over time the heaving water will slowly create its own environmental art out of a cliff of dolomite limestone.

Environmental art isn’t always located on land. During Peninsula State Park’s Centennial Celebration in 2009, sculptor Dan Engelke created a 20-piece floating display of environmental art. He made individual pieces from ash and cedar wood, fabric, and solar-powered lights. Using a boat, Engelke loosely anchored the 20 pieces at carefully selected spots in Tennison Bay, where they responded to wind and wave action, creating a constantly moving display that could be seen day and night. The display of environmental art captivated thousands of visitors before it was dismantled at season’s end.

Environmental art ranges from simple arrangements of pieces found in nature (Fig. 2), to the cairns of Cave Point where stones are carefully balanced on one another, to elaborate ethereal pieces created by Andy Goldsworthy, Robert Smithson, and Nils-Udo (Fig. 3), who are big names in environmental art. Visiting them on the internet is a worthwhile and educational experience.

“Look at those cool rock towers!”

“What beautiful personal expressions of art.”

These were my thoughts when I first spotted a couple of “cairns” on Washington Island’s Schoolhouse Beach a few years back. As I sat on the smooth rock beach, feeling peaceful in the sunshine and wishing I had brought my kayak, I stacked a few small towers around me, seeing how high I could get them before they’d tumble. When it was time to leave and catch the ferry back I smoothed out my work. I didn’t think about rock stacks again until a few months later when I journeyed to Cave Point County Park to find solace after an especially hard day. I’m a native Sevastopol gal, so Cave Point has always been a personal piece of heaven, one of many Door County gems that I’m honored to share with visitors and locals.

I walked down the north trail to the beach, looking for a private place to sit and look out over the great sacred expanse of Lake Michigan’s jagged shoreline. As I stepped off the trail what greeted me were hundreds of stacks of rocks. I went down to the next beach north and found the same. My heart raced a little and I got an uneasy feeling in the pit of my stomach; it seemed as though no rock had been left untouched. Large rocks had been removed from the bases of trees to become the bases of man-made stacks many reaching well over my six-foot frame, leaving the tree roots exposed to the rising waters. Some of the stones had been written on with sharpies, people memorializing their visit with their names and the date of construction. This hallowed ground had fallen victim to accidental graffiti and vandalism.

Accidental. I believe that for the most part humans are innately good and don’t mean to cause harm, to nature or to each other. I don’t imagine any visitor to Cave Point who is moved to express themselves by joining in and building a faux-cairn realizes the harm they are potentially creating or what experience they might be taking away from another. These structures mark no trails and serve no navigational purpose as cairns were historically meant to do. Here’s the thing, moving rocks from their natural position can bring about expedited erosion of the beach, cause the displacement of many species of invertebrates and create obstacles for those who wish to trek the natural shoreline. The towers are also unstable, creating the potential for safety concerns.

I’ve been told that in these moments, when people stack, they are creating art and merely accepting a welcome diversion from life. What if we were to take nothing from nature but its offerings of peace and non-judgment and leave nothing behind but our own stress and conflict? Do we, as humans, need to put our signature everywhere we go? I would invite visitors to Cave Point to find diversion in the crash of the waves on a rough day, the songs of the birds on a calm one, in the insanely awesome natural beauty of the landscape as a whole as well as the intricacies of every stone where nature placed it, every leaf, every bead of water as it ebbs and flows. Is nature’s own artwork not enough?

Please help maintain the sanctity of our county parks by assuring they are kept in their natural state for all to enjoy. Rather than moving nature, I would graciously invite locals and visitors alike to let nature move you.

Since the area north of Cave Point is technically Whitefish Dunes State Park property and much of the beach falls below the high water mark, the Door County Parks Dept. does not have jurisdiction over this area. If you wish to raise awareness with the state in regards to “cairns” please contact the Assistant Director of Wisconsin Parks and the DNR Office of Communications by emailing [email protected] and [email protected].

Megan Lundahl is a Door County native who is in a long-term committed relationship with Mother Nature and all of the outdoor recreation our beautiful area has to offer, from snowshoeing and kayaking to meditating lakeside; if it’s outside, it’s on. Recently she has stepped out of corporate life to pursue her Master’s in Integrative Health through the University of Minnesota and fulfill a dream of public service to the community she loves as a newly elected member of the Door County Board of Supervisors.