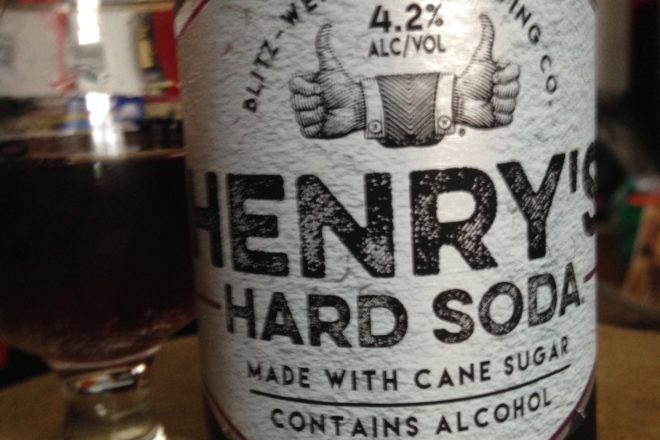 So, what can I say? I found this in the beer aisle. I had a thing for grape soda as a kid. I was particularly enamored of Donald Duck Grape Soda, perhaps just as much for the laughing cartoon duck in the sailor suit on the label than the purple soda inside the can.

And this stuff on this day looked so purple. I thought, why not? The stuff is everywhere. Let’s try Henry’s Grape Hard Soda from the Blitz-Weinhard Brewing Co. of Milwaukee, Wis.

Just try to find something out about said brewing company. Oh, wait, MillerCoors owns the Blitz-Weinhard name, an actual brewery founded in Portland, Ore., in 1856. The Henry referred to in the hard soda lineup is Henry Weinhard of the original Blitz-Weinhard.

I’d never had a hankering to try any of this sort of drink, except for a couple years ago when a hard root beer appeared that impressed me so much I sent single bottles to friends all over the country. But the novelty soon wore off when there seemed to be umpteen different versions of hard root beer and every other kind of soda you can think of – I’ve seen ginger ale, orange, something called spring mountain that I think must be Mountain Dew. Don’t recall seeing a hard cola.

But the grape. I had to try the grape. And, all I can really say about it is that it indeed is purple and sugary sweet. To call it grapey is being generous. Enough said about that.

Let’s move on to Son of a Baptist Coffee Stout from Epic Brewing, made with coffee and cacao nibs. The can label states that it’s “brewed with local coffee.” The label also tells us that the brewery “sought out creative and passionate coffee roasters from around the country to explore the innovative flavors of the coffee they roast.” 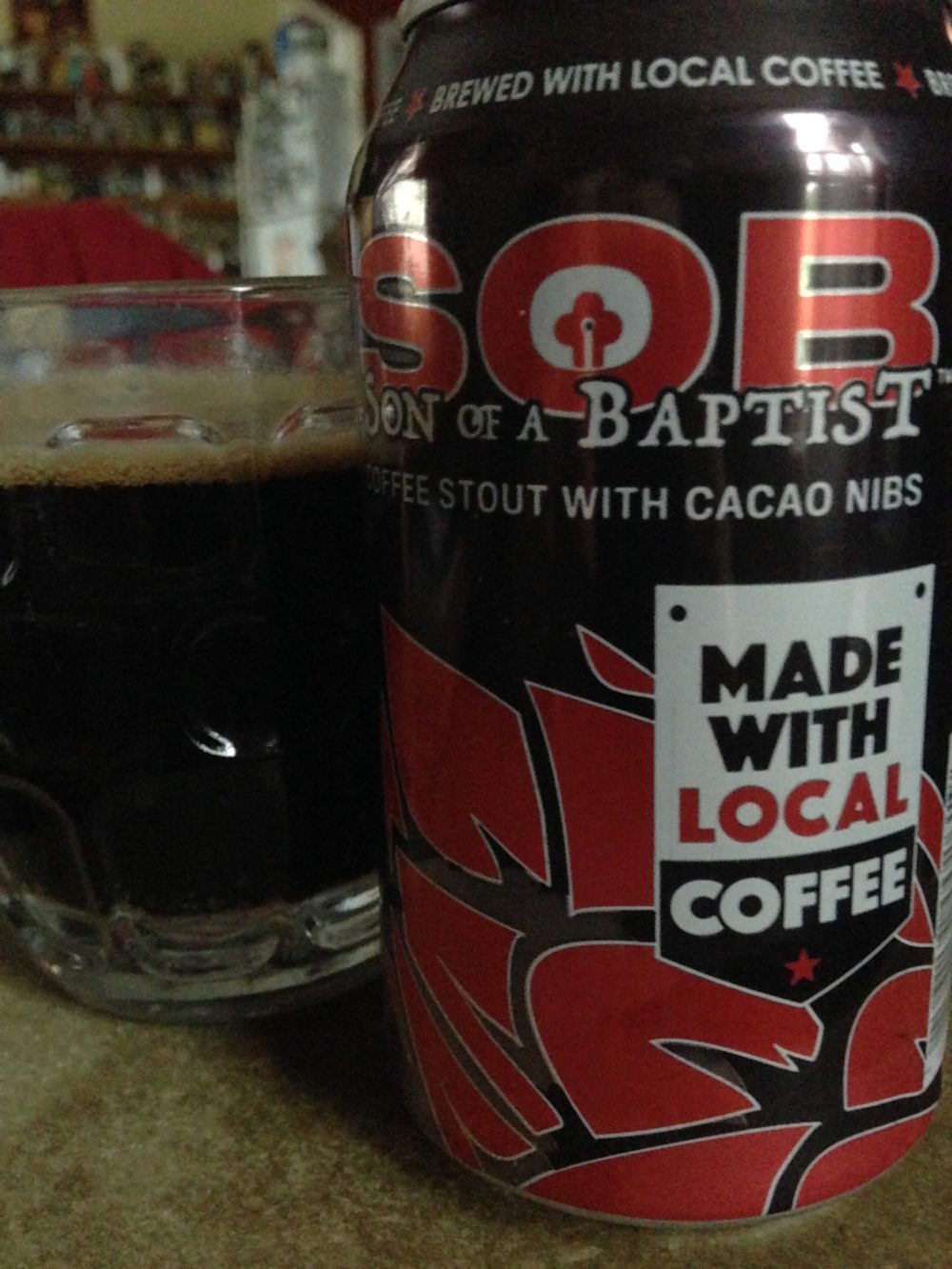 The can then advises you to look on the bottom of the can to see whose coffee is featured. Just remember to finish the beer first.

I couldn’t make out a name on the bottom of my can. Looked more like hieroglyphics than English letters. I wonder if the bottom of the can schtick is to see how many rubes tip their not-empty cans over to look? That would be epic! But it would also be a waste of a big, bold 8 percent beer.

This is a nice, sticky, darkly flavored coffee stout. Very coffee beany. Reminds me of a liquid version of the chocolate-covered coffee beans I used to get from Sir Wilfrid’s, a pal’s coffee shop I frequented at the Maui Mall in Kahului back in the halcyon days of the 1980s with IranContra, Star Wars and Ferdinand Marcos on the island of Maui.

I’d buy bags of the chocolatey coffee beans and pop them like magic pick-me-up pills. You’d bite through the chocolate and into the deep-roasted coffee bean, roasted to the point where it easily crumbled and mixed with the chocolate into one sharp, sweet and savory bite. The old triple S routine. Same thing with this SOB. Takes one to know one.