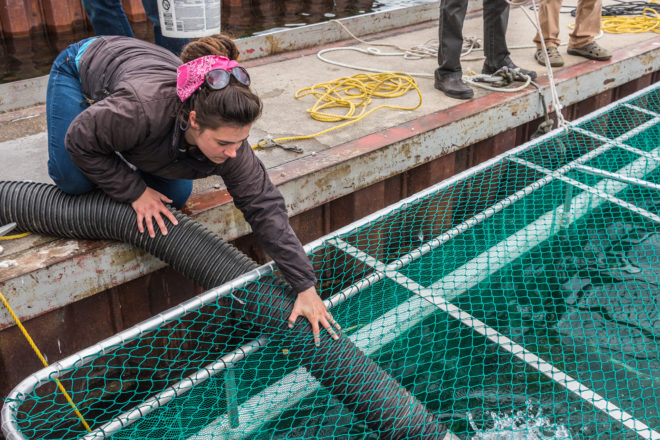 For the third year, the Wisconsin Department of Natural Resources has released 30,000 Chinook salmon fingerlings at Gills Rock, with the assistance of dedicated charter captains in the area. Half of the salmon were moved into deep waters on the day of their arrival, May 3, to help them avoid predators. The other 15,000 are being kept in a net pen for two weeks before being released into the wild. 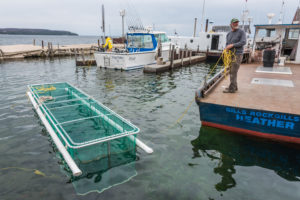