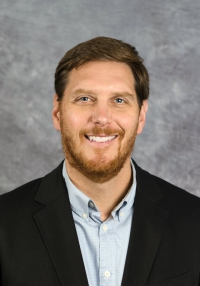 In teaching courses on energy and the environment, I emphasize core characteristics of the problems that make them difficult. While most people would like an energy system that is cheap, clean and reliable, they argue fiercely about which of the three is most important. Transitioning to a new energy system with fewer tradeoffs among these three goals would help. But that change is likely to be slow because power plants and transmission lines, our energy infrastructure, lasts many decades.

It is even harder to make a quick impact on climate change since greenhouse gases linger in the atmosphere for a century or more. This extended timeline is unlike some pollutants for which rain can remove much of their human impact over days or weeks. Climate change is further complicated by uncertainty about when, where, and how bad the impacts will be – even if the evidence of changes and of the human role is clear.

About nine years ago, I began to realize that I was making these points to my students only too well and they often emerged discouraged from working on climate change issues. That was the last impact I wanted to have. It was also not how I felt personally about the problem. Nor was it how I viewed colleagues who have devoted their careers to working on climate issues. I asked myself why I continued to work on climate change and began ending my courses with a discussion of this list of reasons to be optimistic.

First, real cooperation on climate change is emerging. Three years ago, the Paris Agreement on Climate Change did not exist. Now it does and nearly 200 countries have signed on. That agreement, while insufficient, is crucial to making progress.

Second, countries and local governments are learning from the experience of others. Many policies and initiatives have now been tried and evaluations about what works are far more available than a few years ago.

Third, we have precedents from other areas of environmental concern in which the determination to address a problem has overcome challenges involved with international cooperation, long time-horizons, and powerful affected interests. Phasing out lead in gasoline to drastically reduce acid rain, and repairing the ozone hole, are successes to learn from.

Fourth, there are strong incentives for communities to adapt to a changing climate. They include managing the impacts of more severe weather, rising sea levels, and changing growing seasons, among many others. We know we cannot wait for others to go first in order to protect our communities from the inevitable changes to come.

Sixth, there are more and more examples of cities and countries with much less energy-intensive economies than the U.S., but with aspects of quality of life – health, education and income – that surpass the U.S. Seventh, we should be heartened that, although the U.S. is falling behind in some low-carbon technology, there are other places that are developing the technologies of the future. To be sure this is a missed opportunity for the U.S., but the world would be much worse off if China, Middle Eastern states, and in some cases, Europe, were not actively investing.

Eighth, even though politicians, governments and the international community have been dithering on addressing climate change for 30 years, low-carbon technologies have continued to progress, improve and become cheaper. Solar panels, electric vehicles, wind turbines and integrating information technology into our energy system are making the transition to a cheap, clean and reliable energy system far more feasible.

Finally, people in their 20s and 30s have high stakes in the outcomes of what society does on climate change. As a teacher, it is heartening to see their engagement, whether as activists, technologists or in an array of roles which they are inventing for themselves.

Over time this list has lengthened and each item has become more convincing. Lately, I have been encouraged by the feeling that I am probably missing other reasons that may be very important motivators to others. Addressing climate change is a daunting challenge and precious time has been squandered, but many good things are happening and we are moving in the right direction. We just need to move faster.

Greg Nemet is a Professor at the University of Wisconsin-Madison in the LaFollette School of Public Affairs and is currently working on a book on point 8 titled How Solar Energy Got Cheap.

Residential Solar Power: What’s Happening and How Does It Work