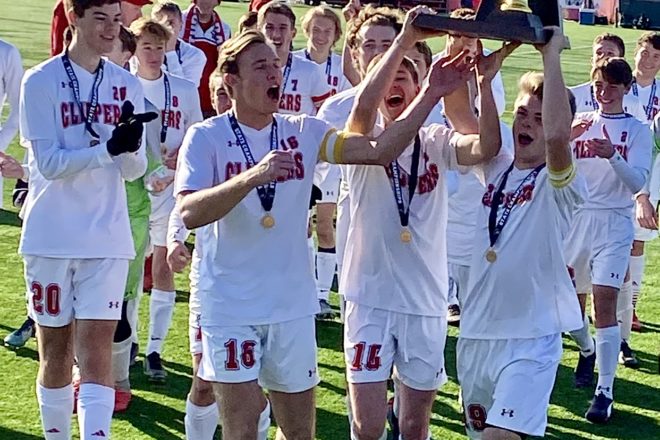 One of the most dominant programs in Door County prep history will likely miss out on a rare opportunity this fall now that the school has pushed fall sports into the spring season. That means the defending Division 4 state champion Clippers boys soccer team will not get a chance to defend its title.

Coach Todd Maas said he’s conflicted about delaying the Clippers’ soccer season and can see both sides of the argument: “Let the kids play!” versus “Why take the risk?”

“I don’t know,” Maas said. “The only thing that’s certain is it’s a mess. I don’t blame anyone for being mad about us not playing, or for looking forward to the spring instead.”

The program has reached the state tournament eight out of the past 10 seasons and won the gold ball in 2015 as well as last season. Maas took over the team in 2009, and since then, the squad has won 10 out of 11 league championships under his leadership. Until Gibraltar/Sevastopol upset the Clippers 1-0 last fall, Sturgeon Bay had won 29 straight league matches.

Maas said his players aren’t happy, and neither is his son, senior Trey Maas.

“This senior class would have been the first to go to state all four years if we could have managed that,” he said.

Maas said his current team reminds him of his 2017 state runners-up, a group with not many seniors but a strong collection of emerging underclassmen. He said he’s made peace with it by telling his coaching staff that it’s the staff members who are more susceptible than the kids.

“I had [accepted] that if we were going this fall, I was probably going to catch it – maybe not from my own kids, but maybe at an opposing field,” he said.