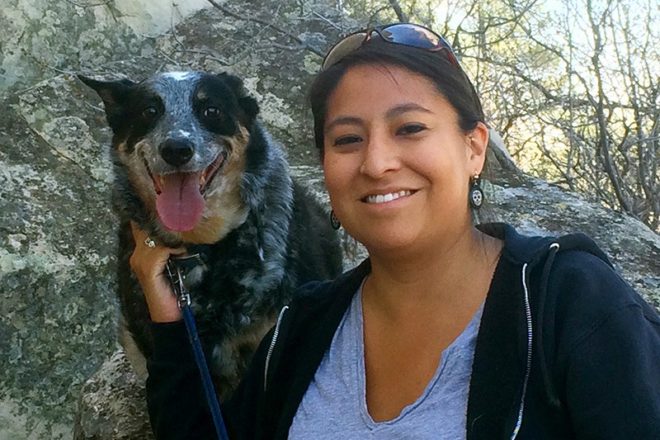 Federal case is scheduled for September

A disturbing story in the Aug. 13 Detroit Free Press detailed repeated environmental concerns coming from Michigan officials regarding plans for the proposed open-pit mine on the Menominee River in that state’s Upper Peninsula. Yet state agencies and the U.S. Environmental Protection Agency approved all of the permits for the mine anyway.

The officials’ concerns about Canadian company Aquila Resources’ plans for a copper, gold, lead, silver and zinc mine have surfaced in a hearing on the company’s wetland permit that is before Administrative Law Judge Daniel Putter in Lansing, Michigan.

Stefanie Tsosie, one of two Earthjustice attorneys who is arguing the case on behalf of the Menominee tribe, spoke to the Peninsula Pulse on Aug. 14, the day that could possibly be the last for hearing testimony on the contested wetland permit. There were two weeks’ worth of hearings held in June and two more weeks’ worth held this month.

“There is a chance we might have to come back and finish up a few more witnesses. It’s taking a bit of time to get through the trial,” she said. “After that’s concluded, the judge will write his decision on whether they get their permit.”

She said the information about state officials not being satisfied with Aquila permit justifications that was in the Detroit Free Press story has come out in the hearing.

“The state experts in the water resources division did give some great testimony as to the fact that they are lacking information to make a decision whether or not they should get a permit,” Tsosie said. “The tribe also provided expert witnesses that echoed the problems of the hydraulic modeling. I’m hoping the strength of the state’s witnesses and the tribe’s expert witnesses is enough to convince the ALJ it’s a flawed permit and it really needs to go back, and they need to actually give the correct information that the water resources division has been asking for over and over again.”

She said because Aquila and its engineering firm, Foth Infrastructure and Environment of Green Bay, presented flawed information for its wetland permit, “they actually don’t know what the full impact on the wetlands will be. Our experts and the state’s experts testified that there will be a greater impact than what was originally permitted.”

She added that there is also concern about the company’s wetlands-mitigation plan.

“If they start to see impacts, they’re going to get water from the river and just basically sprinkle it on the wetlands. There are a lot of issues with that,” she said. “Wetlands are unique. There’s a reason why they’re protected. You can’t just put a hose out there to keep a wetland from drying up. Even the proposals they have to mitigate are really not up to par.”

Perhaps the largest concern of the Menominee is that the planned mine is in the place the tribe considers to be its birthplace.

“The tribe has testified that this is their birthplace,” Tsosie said. “Their cultural identity is based on this river, and they’ve been in that area for thousands of years. There are burial mounds in the area. There are raised garden beds, which are evidence of a whole village, a whole community, that lived in that area. We know all of this. We have archaeologists and the Tribal Historic Preservation Officer that have been out there. These are documented sites.”

She said that although the Michigan wetland statutes are supposed to consider cultural impacts, no one is sure whether those are actually being considered.

“The tribe is also working on designating that area as a traditional cultural landscape under the National Historic Preservation Act because it has such importance for the tribe,” she said. “We’re really trying to fight this on all fronts.”

In addition to this hearing on the wetland permit, Tsosie said there is also a contested state case on the company’s mining permit and a companion federal case that will go before the 7th Circuit Court in September, when the argument will be made that because the 116-mile-long Menominee River is an interstate river (Wisconsin and Michigan), the U.S. Army Corps of Engineers should have been the permit-issuing entity.

“There are a lot of flaws in how this played out,” she said. “If we have the Army Corps of Engineers issuing the permit, then all the other protections kick in that should apply here: We have review under the National Environmental Policy Act. The tribe would get consultation on its cultural and historic resource with the National Historic Preservation  Act. That’s a big issue here.”

If Wednesday was the final day of the wetlands hearing, the parties involved should have a ruling from the judge in a couple of months, Tsosie said. However, if the hearing must continue, it will not do so until October.