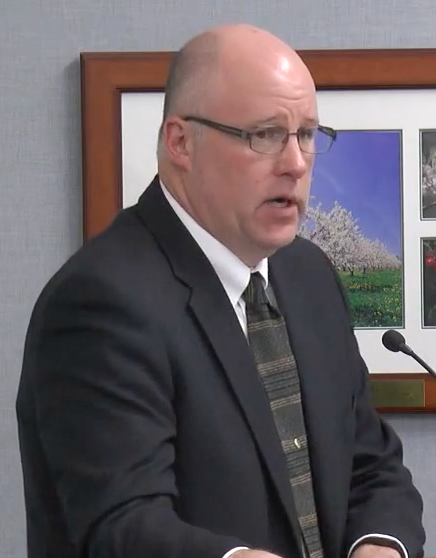 With no members of the public speaking for or against at the annual budget hearing, the Door County Board of Supervisors unanimously approved a 1.4 percent tax levy increase, or a total county tax levy of $29,770,784, amounting to $4.18 per thousand of equalized value.

County Administrator Ken Pabich pointed out that the county proposed a levy almost $900,000 below what it could have charged.

“I think we’re doing well within our spending,” he said.

Pabich said three specific areas consume almost 67 percent of the county’s budget, beginning with public safety using 35 percent, and a little more than 15 percent each for health and human services and capital projects.

One amendment in the budget had to be made for the rate of pay for a county psychiatrist. The county has been looking for a psychiatrist for more than a year, and recently hired a consultant to help with that search. The salary in the budget was $200,000 plus benefits, but the consultant said that figure was way on the low end. Pabich said the range is between $218,00 and $287,000, with a mid-point of approximately $250,000, with benefits.

However, Pabich pointed out that a one-time state reimbursement of $59,000 cancels out the extra pay for the psychiatrist, at least for 2019.

Pabich talked briefly to the board about the budget model the county uses.

“I think we have a very accurate budget model that helps us plan for the future,” he said. “As long as we maintain our fiscal policies, managing our capital projects and expenses, we should be pretty close to being spot on.”

After approving the 2019 budget, the board then approved a one-time health insurance premium holiday for county employees next month, meaning there would be no paycheck deduction for health premiums for the first pay period of December.

Pabich explained that the insurance program reserve fund is at $6.4 million, which is $1.2 million above the target balance of $5.2 million. He said the insurance provided advised adjusting the fund balance down, and he added that it is doing no good just sitting there.

“That’s not our goal, to have a big reserve,” Pabich said.

The board also approved the purchase of two major items for the county Highway Dept. Highway Commissioner John Kolodziej said the county’s 2015 hot asphalt mixer is in need of replacement because it has problems that are costly to repair. He said it broke down during the season last summer and held things up.

“This is one of the most important pieces of equipment in our operation because it does so much work,” he said.

The board also approved $238,681 for a tri-axle truck with dump body and snow and ice removal equipment.