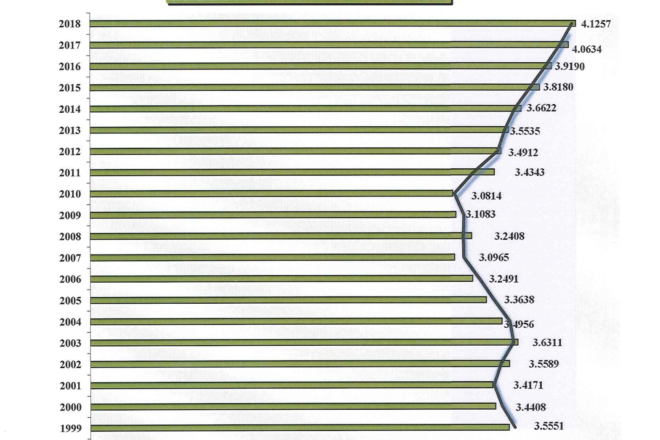 Property owners will see a 1.5 percent increase in their tax rate at the end of this year after the Door County Board of Supervisors passed its 2018 budget. The increase of approximately six cents per $1,000 of assessed value represents an additional $643,071 in the tax levy.

“Often, constituents ask, ‘Well why did it go up?’ and you want to give them a fair answer to why there was that increase,” said Virlee, who added that much of the increase is for expenditures in public safety.

On Oct. 24, the county board voted to hire two additional captains for Emergency Services in a 14-5 vote. While state law limits how much a county can increase its levy to the amount of new construction value added, public safety expenses are generally exempt from that cap.

While the county could tax an additional $1 million under its levy cap, it is not doing so.

“We’re trying to be responsible in terms of how we’re building our budget and we are naturally growing into that capacity,” Pabich said.

This marks the eighth straight budget that includes an increase to the tax rate. The last time the county decreased its tax rate was between 2009 and 2010.

The county is just starting to recover its equalized value from steady decreases following the 2008 recession. As of Aug. 8, the county saw approximately $71 million in net new construction in 2017, the majority of which took place in the City of Sturgeon Bay, Sister Bay and Sevastopol.

Other notes from the adopted 2018 budget include: