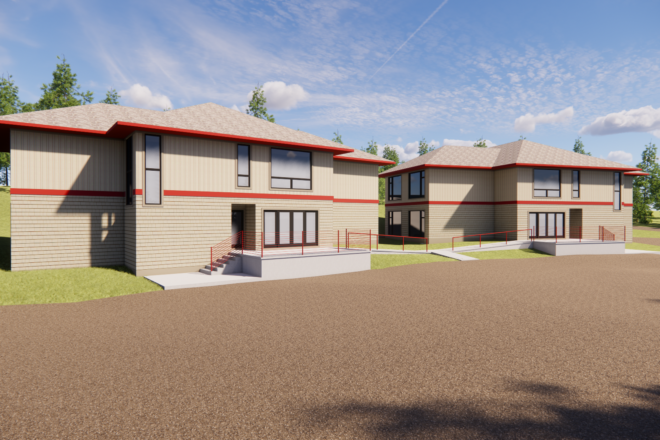 Protecting the Past Helps to Make Room for the Future

Just as the swallows return to Capistrano each spring, a small army of artisans returns to Peninsula Players Theatre. After rebounding from the pandemic, I was so excited to once again greet a fully staffed team and 10 enthusiastic college students who are participating in our internship program. These folks are the backbone of our company; without them, we could not produce the magic that we do.

My first season at the theater was in 1991. We did not have cell phones, voice mail or computers. I wrote letters to my husband to stay in touch. I shared a bedroom above the box office with my coworker and shared a bathroom with seven other company members. Seven people, one water heater. Tepid showers were common, and I began to dream of hot water for all.

More than 30 years later, I still work in the office below that bedroom with two others: our production manager and our development director. We share the one room that was once the icehouse for a boys’ camp. We now have computers, voice mail, cell phones and the internet. Cell reception may be a bit spotty, but we have it. Yet many company members still share the bathroom I used all those years ago, and I continue to dream of hot water for all.

When our founders, the Fisher family, started the theater in 1937, there were three buildings on the site, including the icehouse, lodge and boathouse. They built a house around the icehouse, converted the boathouse into the Wharf Theater and used the lodge to cook and feed the company.

The Fishers dragged a one-room schoolhouse across the bay during the winter of 1937 and converted it into a four-room dormitory to house members of the acting company, and they built a two-room bathhouse.

Among them was Sam Wanamaker, who recalled hauling concrete to help build our original stage house. He shared a bedroom and the two-room bathhouse with other members of the company. Sam went on to build a career as an actor and director, and he was the driving force in rebuilding the new Globe Theatre in London.

In 1993, the Peninsula Players Theatre Foundation purchased the theater and its grounds from executive producer James B. McKenzie. We then launched a small campaign to reinforce the audience pavilion’s footings and build updated public-restroom facilities. The foundation saved its monies to build additional housing and expanded the rehearsal hall so that we could continue to attract talented actors and theater professionals for our audiences.

Meanwhile, our creative, hardworking costumers, carpenters, interns, scenic painters and administrative support staff still live in the original structures that we affectionately call the Boat House, Old Dorm and New Dorm. We recently replaced the bathhouse with an outdoor mobile shower trailer that provides six bathrooms for 22 people, and I continue to dream of hot water for all.

In 2005, we announced our first major capital campaign to rebuild our stage house, audience pavilion, concession stand and scene shop. The stage house, which leaned against the audience pavilion, was falling down around us. We could see the walls shifting if too much pressure was applied. Each year, Scott – the technical director at the time and my husband – would watch the gap expand between the stage house and audience pavilion. It was beyond time to improve the facilities for our patrons and creative team.

Since 2006, we have spent more than a decade clearing our debts from building this state-of-art facility while making improvements for our patrons along the way.

Each spring, I give tours to our new staff members and interns. I welcome those who will spend their summer assisting patrons in the box office, crafting the scenery, hanging the lighting instruments, creating and caring for the costumes and props on and off stage, and so much more. I show them the dorms and the shower trailer and ask whether they brought their shower caddy and rain boots, and I still dream of hot water for all.

The time has long passed to replace these structures that were donated to the Fisher family decades ago as temporary solutions, so this week, we are launching the housing campaign we’re calling Act II: Protecting the Past, Ensuring the Future to provide updated living quarters for the next generation of theater artists and professionals. Two new dormitories will house more than 30 company members who will continue to deliver to Door County audiences the dynamic performances they have enjoyed for many decades.

To learn more about this critical project, visit peninsulaplayers.com/act-ii-housing-campaign, or contact development director Danielle Szmanda at 920.868.3287.