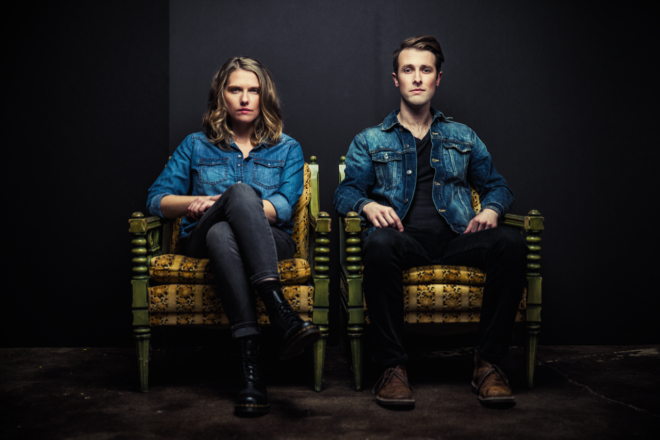 Dead Horses is next up on the stage of the Peg Egan Performing Arts Center’s (PAC) Sunset Concert Series on July 7, 7 pm.

Raised in a strict, fundamentalist home, frontwoman Sarah Vos lost everything as a teen when her family was expelled from the rural Wisconsin church where her father had long served as pastor.

When bassist Daniel Wolff and Vos started playing together, the clouds finally parted: she introduced songs she’d been writing since high school open mics; he learned the double bass; and they had soon earned a devoted following.

The group’s new album, My Mother the Moon, is full of trauma and triumph, despair and hope, pain and resilience. Blending traditional roots with modern indie folk, its songs are unflinchingly honest about modern American life, yet optimistic about brighter days to come.

The Peg Egan PAC – in Eames Cherry View Park on Church Street in Egg Harbor – has no seats, so take blankets or lawn chairs. Carry-ins are allowed. In case of rain, this show will move to the Calvary Methodist Church.