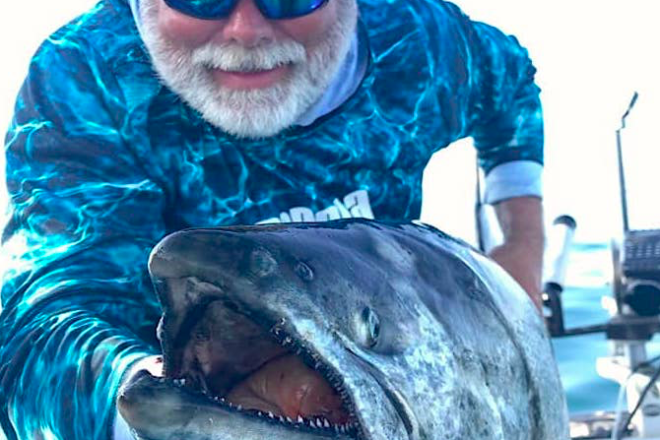 Charter captain Lee Haasch of Algoma holds a chinook salmon. “Kings” are the most sought-after sport fish on Lake Michigan. Submitted photo. Special to the Pulse.

“Can you please stock more salmon?”

That simple, private message to the Kewaunee/Door Salmon Tournament page after the 2019 contest ended in late July really hit home. One, as if we, as a tournament committee, had the power. And two, if only it were that easy.

But maybe it really is.

Let me backtrack a bit. I’m not your typical DNR basher, but I don’t believe state employees walk on water either. However, I have spent enough time fishing and hunting with DNR biologists, hatchery workers, fisheries technicians and conservation wardens to know they’re not just desk jockeys who don’t have a clue what’s going on in the outdoors.

More than 15 years ago, the late Paul Peeters was advocating to reduce chinook stockings to avoid another late-1980s-like crash in the salmon fishery.

Wisconsin stocked more than two million chinooks a year 11 times between 1978 and 1990 before baitfish numbers plummeted and king salmon fell victim to bacterial kidney disease, leading to a nearly-decade-long slowdown in the catch.

Chinook stocking was trimmed to the range of 1.4 million to 1.7 million from 1991 to 2004, but falling salmon sizes led to three more cuts during the past 15 years.

Fast forward to recent years, with six of the past seven winners being larger than 30 pounds, including a 35-plus-pound fish in 2016 and a 36.70 fish this summer. Stomachs were packed with alewives, and schools of baitfish were seen on fish locators from nearshore to 20 miles out. Last October, the DNR found the average weight of spawning chinooks at Strawberry Creek to be the biggest in more than 30 years.

Next week, fisheries managers will hear from passionate anglers at informational meetings in Green Bay and Milwaukee detailing high-priority management actions for the Lake Michigan salmon and trout fishery. They will present the latest biological data, and the discussion will include 2020 stocking options for chinook and coho salmon and rainbow, brown and lake trout.

Yearling cohos and trout are already in the hatchery system, but chinooks – the species the most anglers want to see more of here – are the wild card. Eggs will be taken four to six weeks from now, and the fry will be raised in hatcheries this fall and winter before being stocked as four- to six-inch fingerlings next spring.

Whitetails Unlimited (WTU) of Sturgeon Bay has awarded more than 1,800 grants totaling more than $2.3 million for hunting and conservation projects across the country this past fiscal year. Since its inception in 1982, WTU has spent more than $94 million on program services and activities in support of its mission.
More than 113,000-plus members and corporate sponsors have joined the group’s ranks, dedicating themselves to raising funds in support of educational programs, wildlife-habitat enhancement and acquisitions, and preservation of the shooting sports and hunting tradition for future generations.

Partners in Flight (partnersinflight.org/about) is a bird-conservation network of more than 150 organizations. The group’s simple, proactive mission is to keep common birds common and help species at risk through voluntary partnerships.

Ornithologist and conservation biologist William Mueller said efforts to halt and even reverse bird-population declines before species are threatened or endangered is a cost-effective and common-sense business model for the future.

We’re down to the final days to vote for your favorite state park in 10 categories or submit photos for the Friends of Wisconsin State Parks’ annual contest. The deadline to vote is Aug. 30, and Sept. 3 is the last date when you can send in photos. Learn more at friendswiparks.blogspot.com.

You can learn how to identify bumblebees, frogs, toads and turtles, or discover which native plants, trees and shrubs attract the most birds and other wildlife at wiatri.net/ER/LandingPage/0619/.