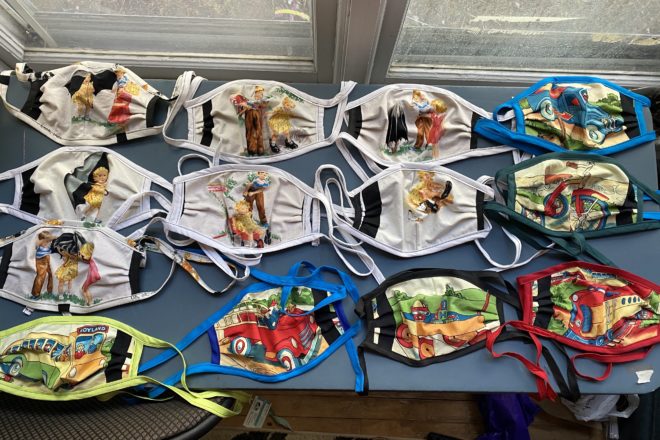 The Door County Board of Supervisors voted not to instruct its staff to draft a county-wide masking ordinance for consideration by the board. The vote was taken by consensus through a show of hands and not by roll call.

County Board Chair Dave Lienau called the special meeting to discuss the issue to help prevent the spread of COVID-19 in the county.

Door County reports 53 positive tests for COVID-19, with 19 of those cases reported since June 15, when tourists began flocking back to the peninsula.

Door County Board Chair Dave Lienau called the meeting after receiving scores of requests from business owners and citizens to enact a masking order.

Lienau said Friday that emails and phone calls had grown into the hundreds. Lienau characterized 87 percent of those as in favor of a mask mandate. Destination Door County and the Door County Business Recovery Task Force all expressed support for an order.

Arguments against an ordinance questioned how it would be enforced, whether it would hold up to legal challenges, and infringements on personal freedom, as supervisor Nancy Robillard pointed to.

“This is civil liberties,” she said. “I wear a mask when I go into a store, but I don’t want to be told I have to.”

Dane County will enact a masking order beginning July 13 to require masks or face coverings in any indoor public space. But Grant Thomas, the county’s corporate counsel, said it’s an open questions if such orders will hold up in court.

Chief Deputy Pat McCarty said the Door County Sheriff’s Office would not have the resources to enforce a masking order on a consistent basis if it were enacted.

“Logistically, it would be difficult for us to proactively go to locations with large gatherings and enforce masks,” McCarty said. “We would find enforcement very difficult.”

Door County Pulse Podcasts · County to Discuss Masking Order, and Jessica Alfaro on Masking Outside of the US

“I don’t believe this should be disputed,” she said. “They are an effective way, when worn correctly, to reduce the spread of COVID.”

But she said she isn’t sure if a mandatory mask order is the best way to get people to comply.

Powers emphasized that outdoor gatherings are not risk free.

Door County Medical Center made a statement in support of mandatory masking in indoor public spaces and outdoors when social distancing is not possible.

Lienau and supervisor Megan Lundahl said business owners have asked for action by the county to support them in enforcing masks for their customers. Several supervisors said businesses should be able to do so on their own.

“It’s putting a 16 year-old host in a really difficult position,” said Lundahl, who works in the service industry. “Customers will pick on employees for wearing masks.”

During the public-comment session, several citizens spoke up on both sides of the issue.

Savard questioned how the board would determine when the order should be lifted – a question that the county’s corporation counsel, Grant Thomas, raised as well. “You need an on ramp and an off ramp,” Thomas said. “It’s difficult to untangle that once it’s enacted.” Thomas was careful to note that his comments were strictly legal in nature, not expressions for or against a masking order.

Town of Gibraltar resident and Gibraltar School Board member Angela Sherman supported a masking order to prevent further spread of COVID-19 in the county.

“We should never look back and say we should have done more,” Sherman said.

Sister Bay resident Nancy Akerly said that with the uptick in tourism, it is impossible to walk through the village and maintain social distancing.

“Businesses that are doing things well are putting up with hassle and abuse from people who don’t want to wear masks,” she said. Akerly disputed arguments for not wearing masks based on individual freedom.

“When your choice impacts my health and that of my family, it is not ‘my body, my choice,’” she said.

William Berglund of Sturgeon Bay called masks an infringement of his freedom. “I made it through real epidemics,” he said. “I believe in my own immune system.”

UPDATE: Door County Economic Development Corporation clarified after the meeting that it has not taken a stance on the masking order.