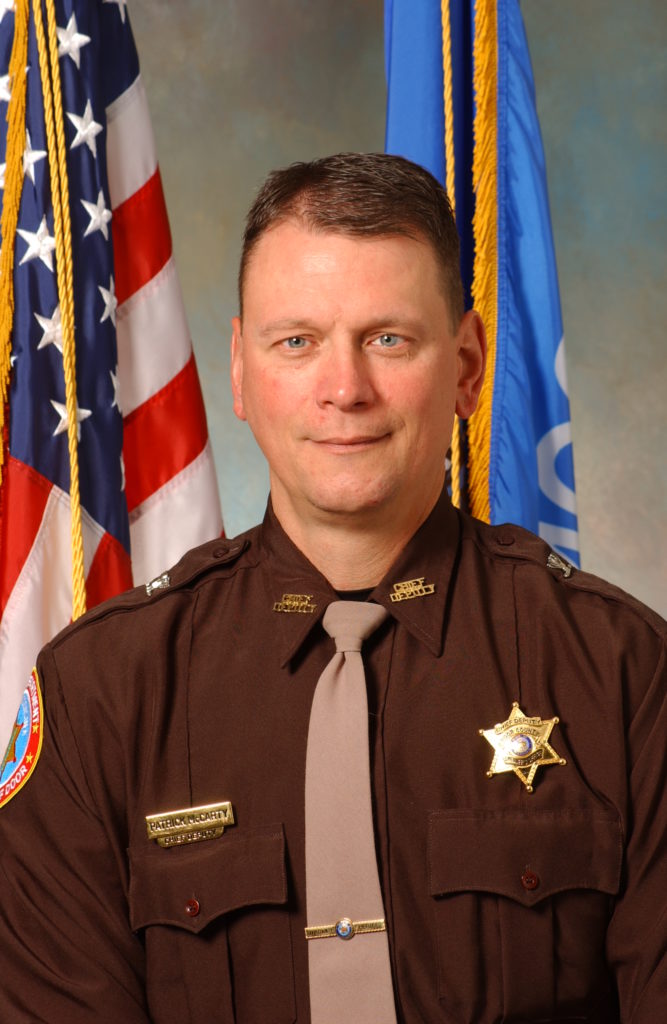 Chief Deputy Pat McCarty announced his candidacy this week for the office of Door County Sheriff, after Sheriff Steve Delarwelle publicly announced his intention to retire at the conclusion of his current term in office. “For the last three years, I have served as the Chief Deputy for the Door County Sheriff’s Office. As the second in command, I have supervised the 91 full and part-time employees entrusted with protecting the citizens and visitors of Door County,” said in a release announcing his candidacy in the fall election. “My other primary duties include the creation and management of the department’s budget and the revision of the policy manual for the department. I have also served as the Door County Sheriff’s Office public information officer. I will be starting my 25th year in law enforcement later this month and have worked in a variety of positions within the department during that time, to include dispatcher, jail deputy, patrol deputy and SWAT officer. I am a United States Army veteran having served four years on active duty and another four years with the Wisconsin National Guard. In my personal life, I have been active in youth sports coaching basketball, baseball and football during the last 25 years. Please visit my Facebook page: Pat McCarty for Door County Sheriff for periodic updates on my campaign and the issues facing Door County.”